One of the Tablets I’ve been anxious to hear news about from CES 2011 is the Notion Ink Adam. Notion Ink has been teasing and promoting for some time now. They’ve taken some hits because no one has seen any real device other than promotional videos and there had been whispers of “vaporware.” They had some early pre-order problems. But through it all I’ve been very curious about this Tablet that seems to want to go its own way on so many levels.

I’m not alone in that. Chris Davies of SlashGear has been on top of the Notion Ink Adam from the get go and I’m not surprised that he seems to have caught the folks from Notion Ink the moment they stepped off the plane in Vegas. He’s put up some hands on video as well as some benchmark testing, with some excellent explanations.

If you’re interested in the Notion Ink Adam, I’d head over to SlashGear to check out the coverage. (At least until we get our hands on the device here. :) 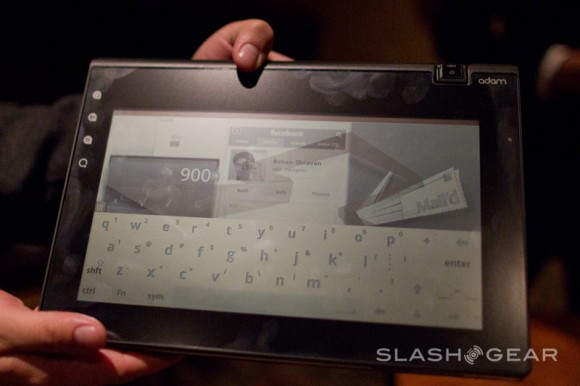