Yesterday GigaOM’s Ryan Kim posted a lengthy and intriguing piece on smartphone leasing. A consulting firm is trying to sell carriers on the idea of letting their top tier customers lease a phone for 12 months instead of buying it. At the end of the year the customer would then get a new phone and start over.

The benefits are obvious. With the rate of innovation and smartphone releases a device becomes “obsolete” rather fast. It seems like moments after the newest superphone with every bell and whistle imaginable hits the streets a new phone with even more bells (maybe not whistles) comes along.

Add to this the frustration you feel when the manufacturer just stops caring about your phone. No updates to the newest OS, and then no meaningful support. Sad times. 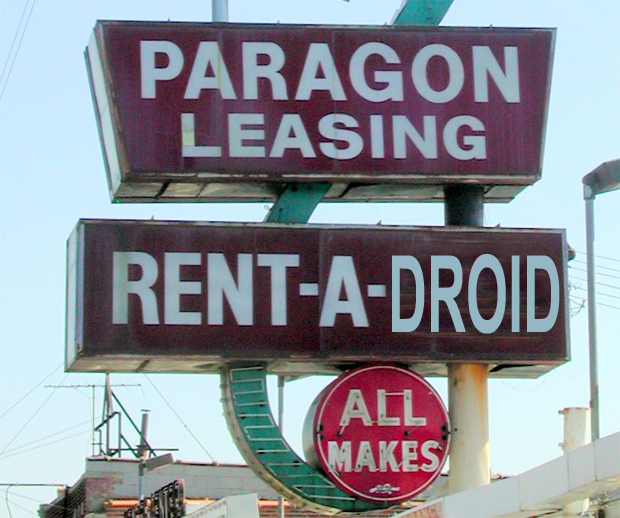 Phone leasing would eliminate this problem for top tier customers. Once they’re done with the devices the carrier takes it back and… does something with them. (That part isn’t completely worked out.)

Carriers who adopt this policy may even start offering different contracts. Instead of locking people in for a year, they go by lease term. Since they get the phone back there are other ways to recoup their costs.

Prices aren’t set in stone, but the article suggests that a lease rate of $20 – $30 a month is what’s considered reasonable. That’s $240 – $360 a year. The high end of that is more expensive than most smartphones on contract. And many customers don’t want to spend more than $199 on a phone.

At the end of a year you can’t resell or repurpose the phone and recoup part of your money, just choose a new phone and start over again.

I’d be worried about security. I’d assume that the carriers would employ some method of wiping data completely, but that’s just an assumption. And switching between phones means transferring data, apps, and preferences.

Kim points out that the pre-owned lease phones could also mess with the secondary market for phones already in place.

A lot of factors to consider. It’s worth reading the whole piece for a detailed rundown. It may take a while, but I think at least one carrier will give this a go.