Smartphone Wars: Nokia Rumored to Go After HTC for 8X Design, Things May Get Awkward for Microsoft

After Apple’s victory over Samsung regarding the latter company’s infringing smartphone designs, it appears that Nokia may be going after rival Windows Phone-maker HTC for the company’s HTC 8X design, which looks eerily similar to Nokia’s Lumia series device with its colorful polycarbonate shell.

Nokia’s marketing head had already acknowledged the similarities between his company’s design and that of HTC’s, noting on Twitter that “It takes more than matching color to match the innovation of the Lumia 920.” 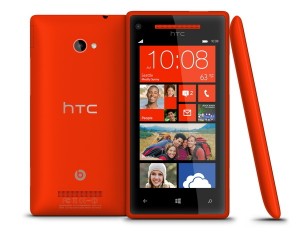 Neowin is reporting that one of its sources is saying that Nokia may be readying a lawsuit against HTC due to the similarities between the two ranges of phones. Colorful shells like the HTC 8X is a new design feature for HTC, which had traditionally in the past taken a more business-friendly design approach to its smartphones. For Nokia, the trend for colorful shells started way before the Finnish smartphone-maker ventured into the Windows Phone world and extends to the era of Symbian.

If an ensuing lawsuit does occur, this may make things a little awkward for Microsoft as two of the company’s strongest partners would be waging war. In the past, at least since the early Windows Mobile days, Microsoft had promised to help defend its partners against external lawsuits, but given the fact that this is a fight between partners Microsoft may have to remain somewhat more neutral.

The situation with the launch of the HTC 8X especially caught Nokia by surprise. As the company has enjoyed a new, tight relationship with Microsoft for Windows Phone 7, it quickly saw that coveted spot being filled by HTC when Microsoft announced that the 8X’s design would be used in formal Windows Phone promotions and ads. Though some may see this as a battle between scorned lovers, Nokia does have a valid point as the HTC 8X is a little more than just Lumia-esque, but then again so does Apple’s newly announced iPod Nano.