Smash Hit is an addicting free app for iPhone and Android that is climbing to the top of free app charts thanks to fun gameplay, great music and sound effects and beautiful graphics.

In this free iPhone and android game users tap on the screen to send steel balls flying at glass and crystals. To start you’re just breaking things, but eventually gamers need to  develop a strategy to keep playing and rack up a high score.

We’ll take a look at this game and offer some Smash Hit tips and tricks to help you explore all 50 rooms and graphic styles.

The Smash Hit iPhone app and Smash Hit Android app deliver a fun game that is hard to put down and incredibly it is also free to play. There is a premium version of Smash Hit for $1.99 that unlocks check points and cloud game progress syncing, but the basic experience is completely free to play with no pop ups asking gamers to buy new balls or time.

Focus on the Crystals

Hitting the crystals in Smash Hit are the only way to get more balls to keep going further. The crystals are plentiful early on, but they start to space out as you progress. 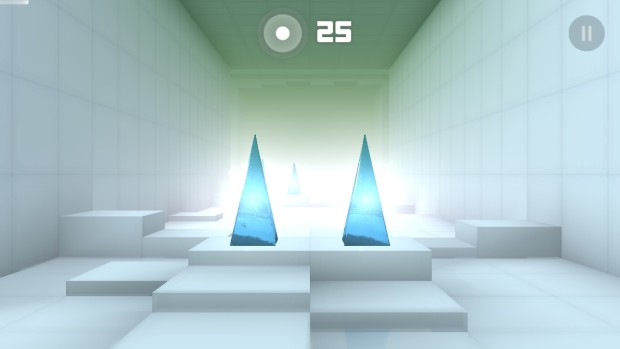 When these crystals are situated on the edges of the screen and on moving platforms it is harder to get them. A crystal delivers three balls to your supplies so don’t use more than three, or ideally more than two on a crystal.

The barriers are a necessary target at times, but it’s easy to get distracted by the moving barriers. The barriers are also an attractive target to aim for to trigger the breaking glass noise. 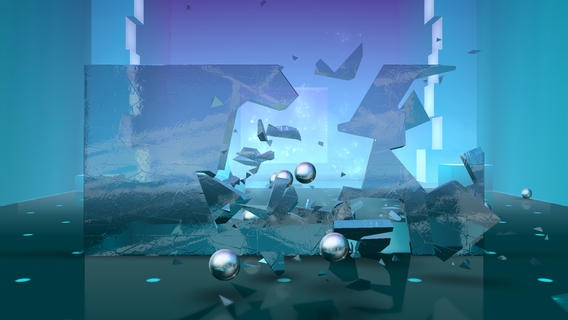 Hit 10 Crystals in a Row for Multi-Ball 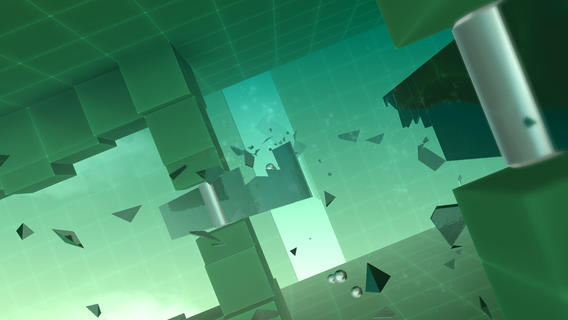 If you hit 10 crystals in a row you trigger Multi-Ball which allows you to throw two balls with one tap. This comes in handy when you progress to later rooms when you need to take on the bigger barriers and hit crystals more often.

Do Whatever it takes to Avoid Crashing 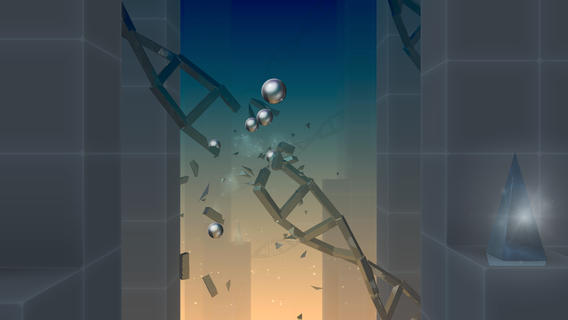 If you crash into a barrier or a door you will lose 10 balls. That means you’ll run out of balls faster and won’t progress to the further rooms where more challenges and fun await. If this means frantically tapping and potentially wasting 5 balls, just do it.

Instead of tapping with just one finger, take aim with two fingers or thumbs to throw multiple balls at once. This is a necessity when you go into later levels and barriers and crystals are packed in closely. 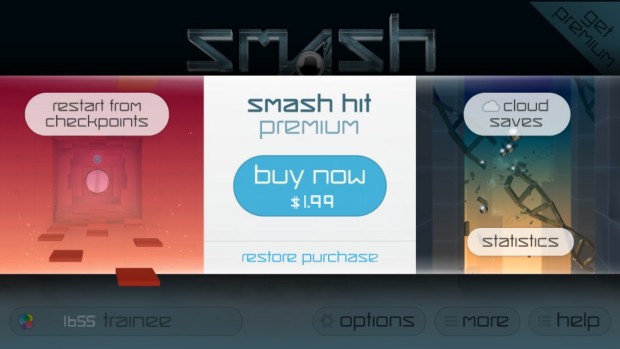 Smash Hit is a free game, but the premium version lets you start from checkpoints so that you don’t need to play the first two rooms over and over, just to progress. It’s $2, and it’s worth it.

Learn to Bank and Use MultiBall 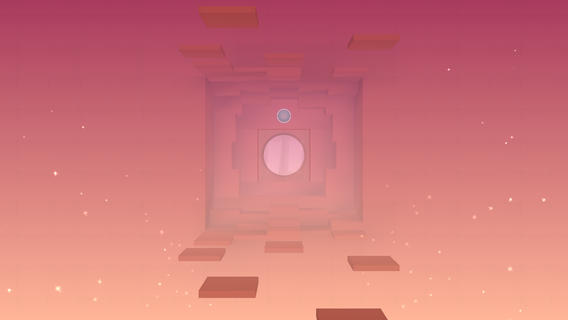 When you hit a crystal, the ball keeps going. If you time them  correctly and aim just right you can bounce the ball from one crystal to another to knock out two with one ball.

In addition to the throwing with both fingers, learn how to line up the long shot. If you aim high enough you can pick off crystals from long distance and not waste balls as they get close. This is especially handy for opening the doors between rooms.

As you play through Smash Hit you will come across power ups that let you shoot and unlimited stream of balls and more. Whenever you see a powerup, aim for it even if you need to waste a few balls getting there.

These Smash Hit Tips and Tricks can help you play the game better and go further.