If you’re a big fan of Grand Theft Auto, then you might like a simpler game for iOS and Android called Smashy Road. Here are some Smashy Road tips and tricks to help you achieve a high score.

Smashy Road is a unique endless runner-type game where your only objective is to run from the police. The longer you’re able to do so, the more points you receive.

If you’ve ever played Grand Theft Auto and have run away from the cops by car, then you’ll feel right at home with Smashy Road. Even though the mobile game isn’t quite as complex as Grand Theft Auto, many of the same factors come into play for the game.

Plus, the graphics (or lack thereof) are rather reminiscent of Crossy Road, which is made by a different developer, so if you enjoy the 8-bit graphics of Crossy Road, then you might like Smashy Road as well.

In any case, if you’re dying to beat your high score or just get more cash, here are some Smashy Road tips and tricks that you should try out next time to open up the game.

This isn’t really a tip per se, but it’s something to be aware of. Just like in Grand Theft Auto, the more stars you receive at the top, the harder it is to evade the police. 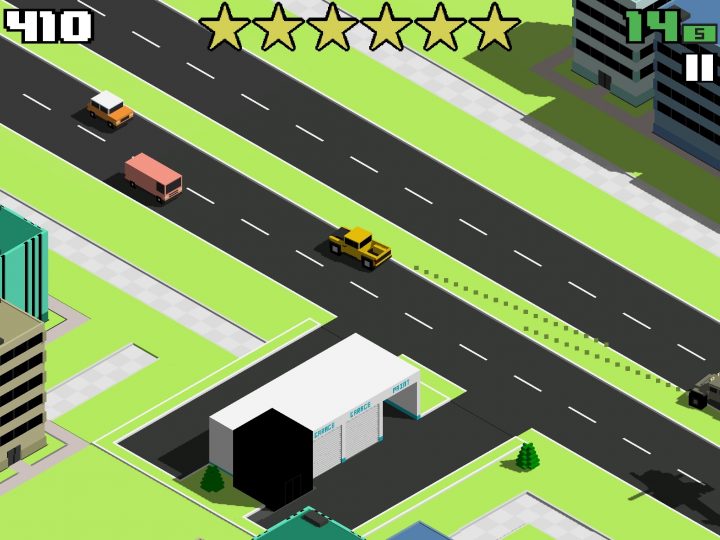 You’ll start out with one star, which is just a few simple police cars chasing you down. However, once you get more stars, more and more police units will begin to appear.

The max is six stars, and this will bring out helicopters, armored trucks, and even tanks in an effort to take you down. The police even set up road blocks, so be careful out there.

Cause More Trouble for a Higher Score

While surviving longer and longer will raise your score, so will causing more mayhem than just randomly driving around. 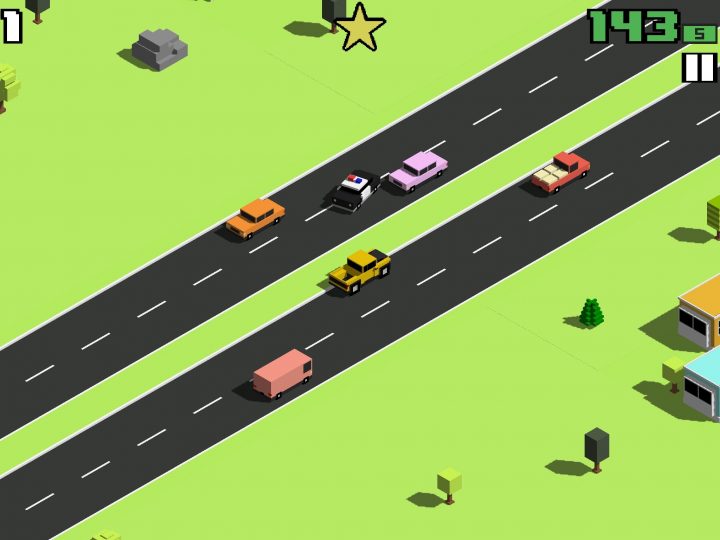 Smashing into other cars and objects adds on to your score, and blowing up gas tankers and other police cars will net you even more points. However, don’t go too crazy, as crashing into things will slow you down, so make sure you have some time to speed back up afterward.

Try Not to Go in Circles

At first when you start to play the game, you’ll want to stay in one particular area and just drive around the block trying to stay away from the police, but don’t be afraid to explore. 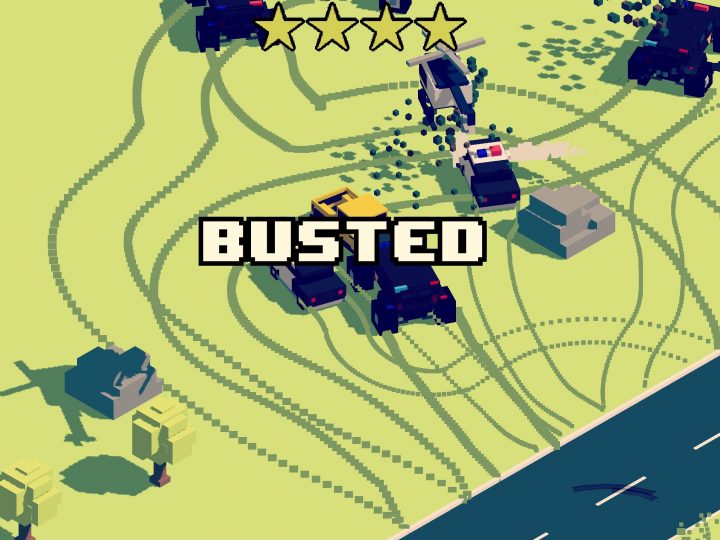 By exploring, you can visit different parts of the city and not just roam around where you started. You can even go off-roading and discover some cool places that would make great hiding spots or areas where it would be easier to lose the fuzz.

While crashing into cars and such is great and gives you more points, other objects will simply bring your car to a grinding halt. 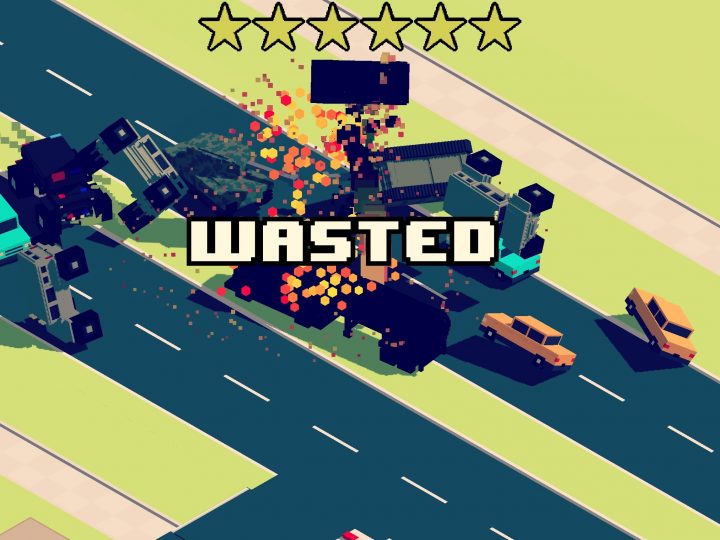 What’s bad about this? If the cops are right on your tail, they can surround your stopped vehicle and bust you in seconds.

So it’s best to stay away from immovable objects like boulders and buildings.

Squeeze In Between Buildings & Other Objects

While you want to avoid crashing into certain objects, you can still drive between them, which is great for losing the police. 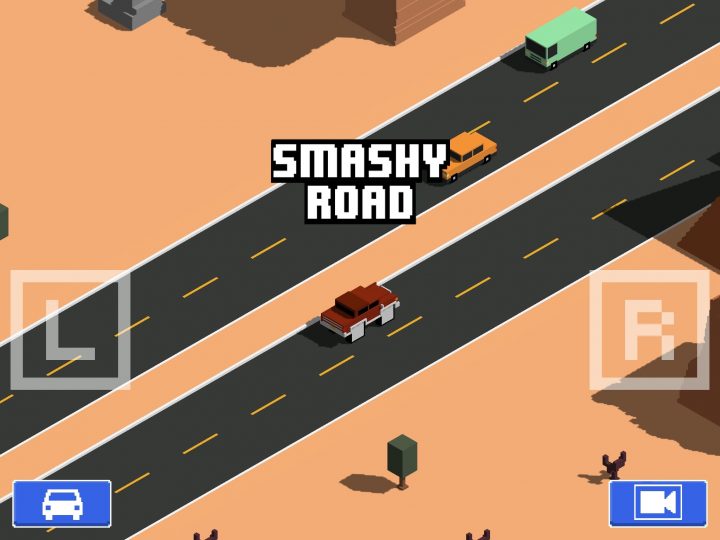 Squeezing in between buildings guarantees that you’ll confuse the cops for at least a couple of seconds, and you can take that time to gather your thoughts and plan out your next attack on how to avoid the police when they group back together and go after you again.

When you drive around, you’ll see cash lying on the road at random locations. Pick these up whenever you can, as cash will let you get more cars. 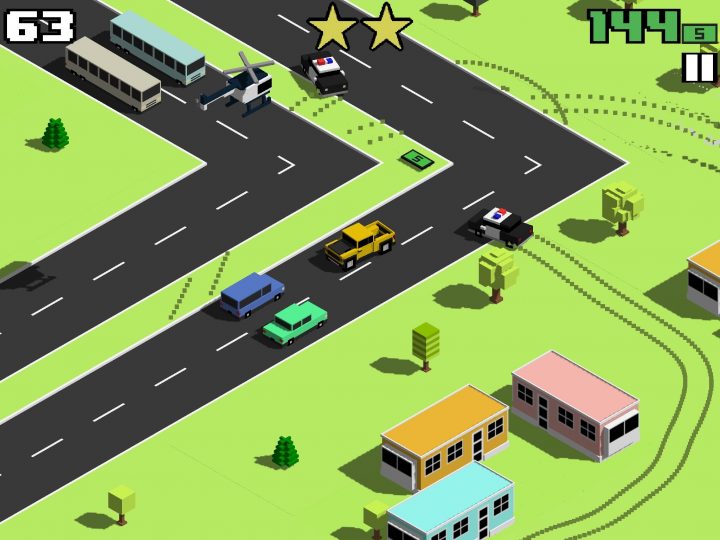 Of don’t spend a lot of time and effort trying to pick up that one piece of cash on the road, especially if you have cops hot on your tail — that’s a surefire way to get busted. However, if you have some free space and are able to grab it, absolutely do it.

Watch Videos to Get More Cash

On top of picking up cash off the road, you can also watch videos after each run to earn more cash. 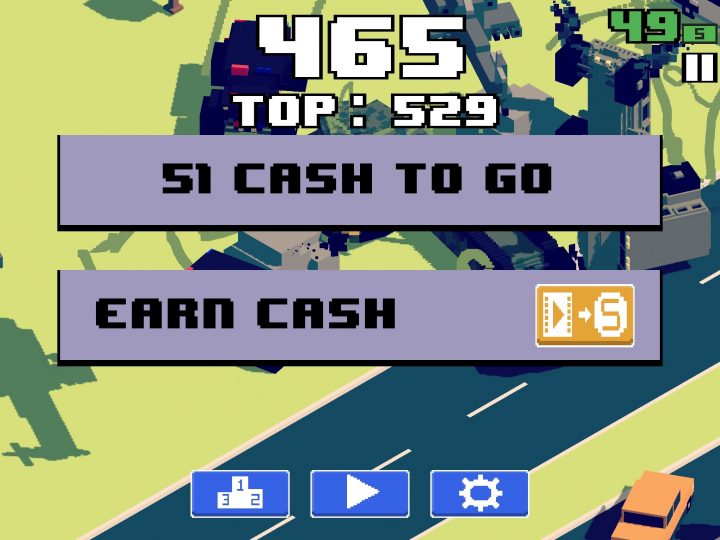 These videos are relatively short and are merely just advertisements, but you can get around 20 cash for each video, which isn’t too shabby, especially considering that you can earn a free car for every 100 cash that you make.

Smashy Road comes with all kinds of different vehicles that you can play around with, and each one has its own pros and cons. 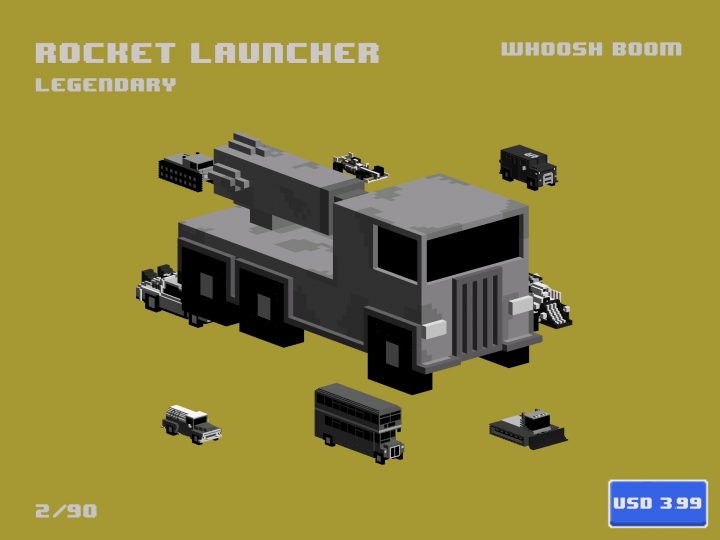 The Common cars are fairly similar and can do the basics, while higher-level vehicles come with a lot of benefits.

For instance, you can get semi trucks that are slow, but they can barrel through just about anything. You can also get a race car, which is very fast, but can crash and explode fairly easily.