New iOS 6 screenshots show us that Apple already has a few iOS apps ready for the taller 640×1136 screen on the iPhone 5.

The screenshots come from 9To5Mac which used the same iOS 6 simulator as it did to show the new iOS 6 homescreen with five rows of icons above the dock instead of four. The new screenshots show apps like Settings, Contacts, and Game Center supporting the taller screen.

Those three apps all scale easily to the new screen resolution. The apps simply show more information at the bottom of the screen. That means more table cells in Settings and two extra cells for contact names in Contacts. Game Center just shows more green felt background and an option to create an Apple ID which users normally need to scroll to. 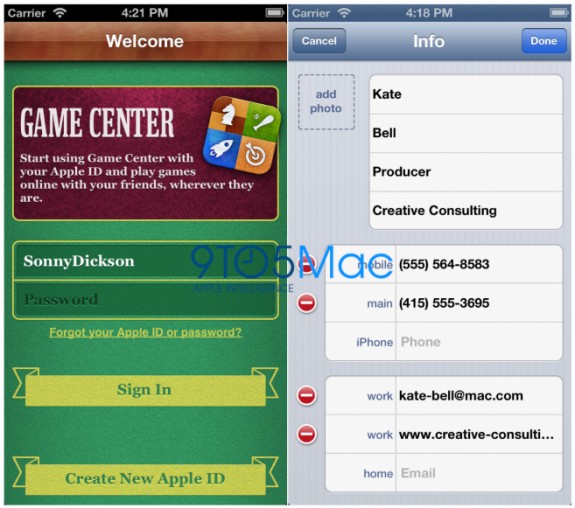 The screenshots also seem to show how Apple will deal with apps that aren’t refitted to the taller screen. Apps like Calculator and Voice Memo have black bars above and below the apps to fill the screen. It’s not the prettiest solution, but it is the simplest.

We assume Apple will rewrite these apps to support the taller screen in the iPhone 5, but any apps that aren’t updated for the taller could have similar black bars surrounding them.

The screenshots also show folders on the homescreen with 16 apps instead of the current 12. That isn’t a huge surprise given the extra screen real estate, but it is nice to see. iPhone 5 users will be able to fit the equivalent of one iPhone 4S homescreen in a single folder.

Catch up on all the iPhone 5 rumors in one stop.