Remember the good old days of spinning Sonic through level after level of bulbous bad guys? If you look back on those days with a smile, it’s about to get bigger. Sonic the Hedgehog is coming to iOS, Android and Windows Phone devices in the near future.

It’s not clear why Sega chose to bring Sonic CD instead of one of the well-known sequels which took up much of my time on the Genesis, such as Sonic 2 or Sonic and Knuckles, but as long as I can sin and sprint through a level of bad guys I’m excited. 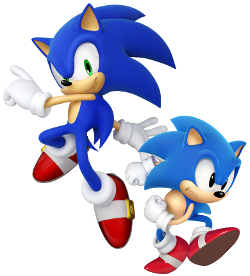 Sonic the Hedgehog CD is being remastered and updated for my modern arsenal of mobile gaming devices, In addition to the mobile ports, you will be able to play Sonic on your Xbox and PlayStation.

If you loved the original story, fear not, nothing is changing about the levels or the story. You still race through levels as Sonic, Metal Sonic and Amy Rose to take on Dr. Eggman. The versions will reportedly have, “Special iOS features.”

Are you looking forward to Sonic the Hedgehog as much as I am? Perhaps this will sell so well that Nintendo reverses course and gives us a classic Mario pack on iOS an Android devices. Nintendo could probably charge $30 for a bundle of NES and SNES versions for the iPhone, iPad and Android and have no trouble selling.