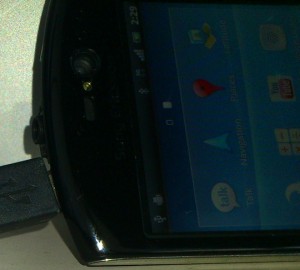 It looks like pictures from a Sony Ericsson test account have emerged on Google photosharing site Picasa, depicting an un-released Hallon smartphone shown with version 2.3 of the Android operating system, also known as Gingerbread. The pictures were captured, interestingly, with another un-announced Sony Ericsson handset with the codename of Anzu.

The phone that is photographed is believed to be the MT15i, a phone with a codename of Hallon. That device bears the XPERIA branding from Sony Ericsson. Given the timing of the images, it could be possible that the XPERIA-branded handset may see an announcement or launch at the Consumer Electronics Show in early January.

IntoMobile*, which is reporting on the story, says that the Anzu was previously reported to have a 12-megapixel camera but information obtained from the pictures show that it was taken with a device with a code of LTE15i with an 8-megapixel camera.

The discrepancy could be due to using a wide-screen format setting for image capture, which has a lower megapixel count than a traditional shot. In my experiences with a Nokia N8, a device that has a 12-megapixel camera, switching to a widescreen image mode yields a maximum resolution of 9-megapixels. This experience is similar on some other Android handsets as well.

Since the story went live on Engadget, a cleaner image of the device was also seen on Esato, reposted below: 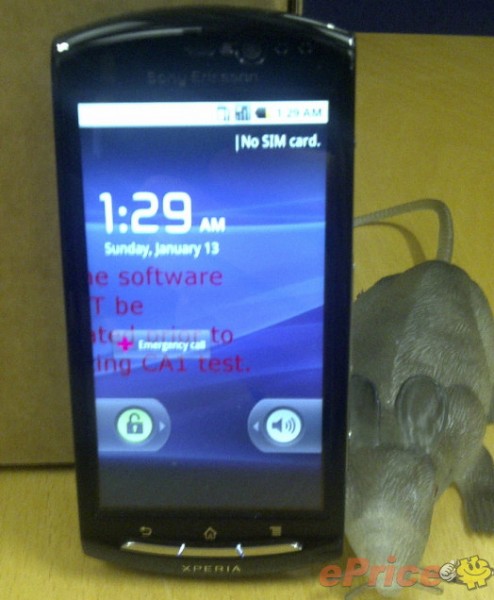 Another Android-based smartphone that’s anticipated for a 2011 announcement from Sony Ericsson is the PlayStation Phone, a device that has been caught in videos and pictures a number of times in leaks and is rumored to come as the XPERIA Play.

*Disclaimer: IntoMobile and Engadget are cited as the sources to where the information in this article is obtained along with an image from Esato; the first two sites had obtained the information from another blog that I neither visit, frequent nor read. However, fact checks with at least three other sources seem to verify consistency of information presented, and this story is an aggregation of those facts; readers wishing to learn more about the story are encouraged to visit IntoMobile or Engadget to find the source links. As an editor, I adhere to traditional style guides for referencing bibliographical information.