The Consumer Electronics Show (CES) is just around the corner, it starts next week in Las Vegas, and that means that mobile companies are going to be making a number of announcements. Well, one such announcement will be coming from Sony Ericsson, which has teased ‘something big’ for next week which should mean we’ll see something new arrive. Right now, that something new remains a mystery.

Sony Ericsson has taken to several social networks including Facebook, Google+ and Twitter to tease its announcement.

On Facebook, you’ll find an image of some hipster folk looking at an unknown device that looks to be some kind of smartphone. Might it be the oft-rumored Sony Ericsson Nozomi? There is a distinct possibility.

On Google+, the company has put a piece of fabric over what is presumably the same device we see in the Facebook photo although there are no hints as to what it could possibly be. 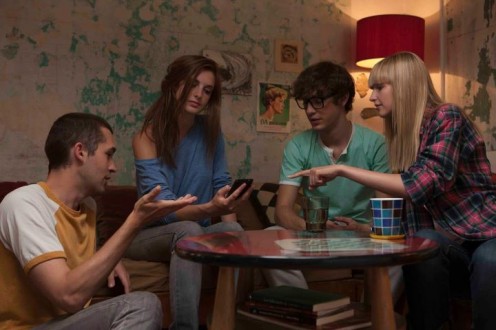 And lastly, on Twitter, Sony Ericsson has exclaimed that it’s “gearing up for some interesting news next week” and asking people for their opinion.

So, while the Nozomi is definitely one of the devices in the mix, it could be something entirely different as well. Luckily, we’ll only have to wait a couple of days before we find out exactly what Sony Ericsson is going to be announcing.

Whatever it is, we’re hoping that it has Google’s Android 4.0 Ice Cream Sandwich on board and that it’s good enough to challenge some of the other big name devices on the market.