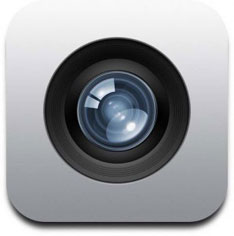 In an interview with the Wall Street Journal, Sony’s Sir Howard Stringer may have accidentally confirmed that Apple’s next-generation iPhone 5 will be utilizing Sony’s 8-megapixel camera sensor. Stringer says that Sony’s plant in Japan has been affected by the recent earthquake and tsunami and says that the company would not be able to ship camera sensors to Apple in time.

News of Sony-made camera sensors would indicate that those sensors would appear in a future version of the iPhone. Apple has thus far only used sensors from OmniVision.

Previous rumors have suggested that the next iPhone model would get an increase in megapixel count from the 5-megapixel sensor found on the currently shipping iPhone 4.

Sony’s 8-megapixel camera sensors are currently being used in Sony Ericsson phone models, such as the XPERIA Arc, which was showcased at CES earlier this year. It’s unclear if Sony will be shipping the same Exmor R camera sensors to Apple that are being used in the XPERIA line. The technology, according to Sony, helps with image captures in low-light situations.

A jump to 8-megapixel resolution iPhone 5 camera would not be unexpected as many Android smartphones are already shipping with 8-megapixel camera sensors.