When you buy an expensive flagship smartphone with a screen as vibrant as the full HD 1080p display on the Sony Xperia Z, you expect to stare at that little window all day. Unfortunately, for some early adopters of the Xperia Z handset, there are numerous reports of bricking issues, or a problem where the phone would not turn on. Sony is aware of the issue, and the company promises that a software update is in the works to fix this problematic fix that essentially turns the Xperia Z into an expensive, albeit waterproof, paperweight. 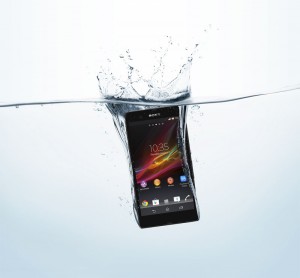 According to Xperia Blog, a small percentage of those with bricked Xperia Z handsets have reported that by performing a hard reset–simultaneously holding down the power button as well as the volume up button–on the phone, they were able to revive the phone back to life. However, this issue only worked for some users as the same procedure would not breathe further life into the Xperia Z for other owners.

It’s unclear what’s going on with the phone and why this is happening. According to Sony, the problem may be due to the fact that there is low charge on these handsets, but many Xperia owners with defective handsets are crying out that their smartphones are fully charged yet are still plagued by this issue. It just appears that though the Xperia Z is tough enough to survive being boiled, it’s not tough enough to get the stare down given to it by its owners.

It’s unfortunate that the Xperia Z was let out of the gates with this issue as this has been one of the most talked about phones in recent history for Sony.

At this point, it’s also unknown if the same bricking issue is affecting the Xperia ZL, which is a close cousin to the Xperia Z smartphone.