Last week, Sony rolled out the Sony Xperia P Android 4.0 Ice Cream Sandwich update and now, it has revealed which phones will be next in line.

Three devices will see Android 4.0 updates in the future while Sony has provided a list for the bug fix updates that includes eight Xperia devices. These devices will apparently start seeing their bug fix updates roll out sometime this week though Sony is quick to caution that the roll out schedule depends upon region and carrier. 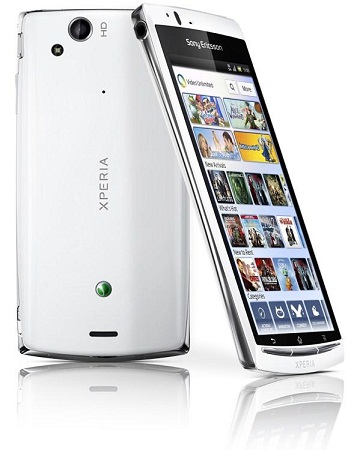 The Xperia Arc S will get a ICS bug fix update soon.

Breaking it down, Xperia mini pro, Xperia neo L and Live with Walkman are the devices that are next in line for Android 4.0 Ice Cream Sandwich. Sony has promised that the updates will roll out in the next few weeks.

Those who own those phones will need to plug-in and use the PC companion or Bridge for Mac in order to update those devices from Gingerbread to Ice Cream Sandwich.

As for the the Android 4.0 bug fix updates, those will roll out over the air and they will be headed to the Xperia arc, Xperia arc S, Xperia neo, Xperia neo V, Xperia mini, Xperia pro, Xperia active and Xperia ray sometime later this week.

Sony says that the updates will be packed with bug fixes and enhancements which means that that software will very like squash most of the problems that Xperia owners have been having with their phones since the upgrade to Ice Cream Sandwich.

After the next three devices get Ice Cream Sandwich, hopefully, Sony reveals its plans for Android 4.1 Jelly Bean, an update that it has been flip-flopping on since the announcement.

Thus far, we have not seen Sony confirm any sort of roll out window for Jelly Bean though we expect something once the Ice Cream Sandwich updates are done rolling out.

Android 4.1 Jelly Bean is replacing Android 4.0 Ice Cream Sandwich as Google’s latest and greatest mobile operating system and the software has already begun to roll out to some devices including the Motorola Xoom, Nexus S and Galaxy Nexus.