It looks like there is bad news about for owners of 2011 Sony Xperia smartphones as Sony has seemingly closed the door on updates to Android 4.1 Jelly Bean, Google’s latest operating system, in the future.

XperiaBlog has noticed that Sony has confirmed the bad news on its UK Facebook account with John Cooper, UK Product Manager for Sony Mobile saying that the Sony Ericsson Xperia arc S and Xperia mini pro will not be getting the Android 4.1 Jelly Bean update.

Sony has said that it has nothing to confirm as far as the Xperia S is concerned which means that the update still could come to that device as well as the Sony Xperia Ion which was recently released on AT&T in the United States. 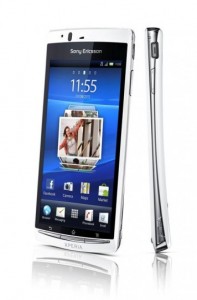 While Xperia S and Xperia Ion owners should remain optimistic, those who own the Xperia arc S and Xperia mini pro should be feeling pretty down about the news and it’s hard to blame them as this truly is bad news.

And while Cooper didn’t reveal bad news for any other specific devices, the Xperia arc S was the best-equipped Xperia smartphone of 2011 and that should mean that the update is out of the question for any of the other Xperia smartphones released in 2011.

So those who have bought the 2012 line of Xperia smartphones appear to be safe at this point though Sony could certainly end up changing its mind at some point down the road.

Android 4.1 Jelly Bean is replacing Android 4.0 Ice Cream Sandwich as Google’s new mobile operating system and the software has already begun to roll out to some devices.

The software brings a host of new features along with it including Google Now, offline Voice dictation, better Voice search, and a smoother, faster user interface.