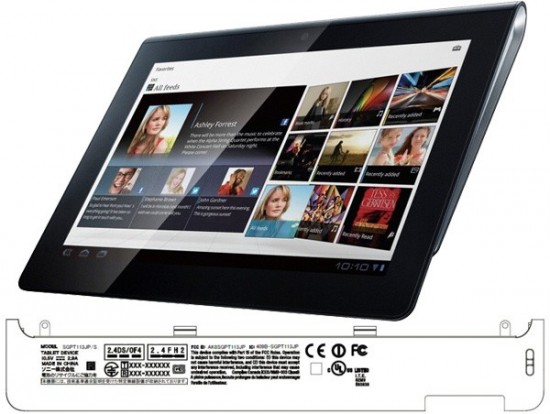 After the dual-screen Sony S2 Android tablet had gone through the FCC, it looks like Sony’s also readying the single-screen S1 slate for release. The tablet was recently seen going by the FCC for regulatory approval for use in the U.S., and the certification documents reveal that the model being inspected comes with AT&T-compatible mobile broadband support. It’s unclear if the tablet will also be coming to AT&T as neither Sony nor AT&T has made any announcements.

The tablet has a unique industrial design that curves at one spine, similar to a folded magazine or paperback book. It has a 9.4-inch display, will run on the Android operating system, and will probably be aimed at gamers with PlayStation gaming. The device is powered by a dual-core NVIDIA Tegra 2 processor, which comes with the chip-maker’s GeForce graphics engine.

There were six variants of the Sony S1 tablet seen going through the FCC, which may indicate Sony planning various storage capacity options and radios for the device for region-specific releases.

It’s interesting that Sony is keeping its tablet line branded under the Sony brand while its smartphones are branded, at least in the U.S., under the Sony Ericsson brand.