Sony is rumored to be prepping a 5-inch Xperia phablet that will debut in the fall with the latest specs and a new 20-megapixel camera sensor. Earlier this year, Sony was rumored to be working on a larger 6.44-inch phablet design with a Togari code name that would debut at Mobile World Congress, but those rumors did not pan out. Togari was described to use a similar design as the Xperia Z and Xperia Tablet Z.

A second device with the code name of Honami may have replaced the Togari on the list, and that device is the Sony phablet that is now being rumored for a fall debut at the IFA trade show, the same venue that Samsung had used in the past two years to debut its Galaxy Note and Galaxy Note 2 phablets. 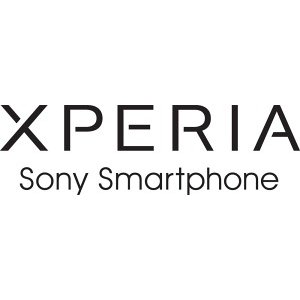 Honami is described by the Xperiablog to encompass the ‘One Sony’ motto in an effort by Sony to bring the best innovations from all its products into one. As such, the Honami will have the best from Sony’s camera, Walkman, and perhaps even the company’s HDTV expertise with the display.

The phone will have a new 20-megapixel CMOS Cyber-shot sensor with Carl Zeiss lens. The camera specs alone are interesting. In the past, Sony has branded its camera sensor under the Exmor branding, which is the underlying technology and chip that’s found in prior Xperia phones as well as the sensor modules in the Cyber-shot range. Sony is now using the more consumer-friendly Cyber-shot brand now, rather than Exmor, to describe the sensor. Perhaps this is a bid to bring more familiarity to the camera and make the connection between the Xperia and the performance of the Cyber-shot.

Moreover, while Carl Zeiss optics has been used on some of Sony’s higher end cameras, it so far has not made it to the phone. Carl Zeiss has been limited mainly to smartphone-maker Nokia, which has long used Carl Zeiss optics on its camera-focused smartphone range, including the current flagship Windows Phone 8-powered Lumia 920. And like on the rumored and forthcoming Lumia 928 model, this device will also carry a Xenon flash.

Moreover, the Xperia phablet would have a 5-inch 1080p HD display. It’s unclear if the screen would be an improved display from what is currently found on the flagship Xperia Z and Xperia ZL phones. In the past, Sony had tried to make the connection between the display tech in its smartphone screens with its popular HDTV line by adding the Bravia Mobile Engine branding.

And lastly, perhaps in an effort to compete against HTC, which has been receiving a lot of attention and praise for its HTC One design, Sony will be using an audio amplifier from its Walkman brand. The device may come with a dedicated Walkman audio chip to compete against HTC’s Beats Audio partnership for better audio on a mobile device.

And like the Sony Xperia Z, the Honami is said to be water-resistant and dustproof. It is said to be one of the most attractive phones Sony has ever created with a design that is said to best the iPhone 5 and Xperia Z. The phone may come as early as July in China with an international debut in the fall.

On paper, these specs sound exceptionally good, and depending on performance the Sony Xperia phablet could give Nokia’s PureView camera technology a run for its money.