AT&T and Sony announced a new Android smartphone today called the Sony Xperia TL which will be headed to AT&T’s 4G LTE network at some point in the future.

The device is the latest Xperia-branded device to hit the United States and the Sony Xperia TL is going to appeal to those that want a massive high-definition screen to pair with 4G LTE data speeds and Android.

The device will also be a launch partner for James Bond’s upcoming movie Skyfall and it will come stocked with exclusive Skyfall ringtones and wallpapers.

it will also feature the familiar arc design found on previous Xperia phones and NFC support. 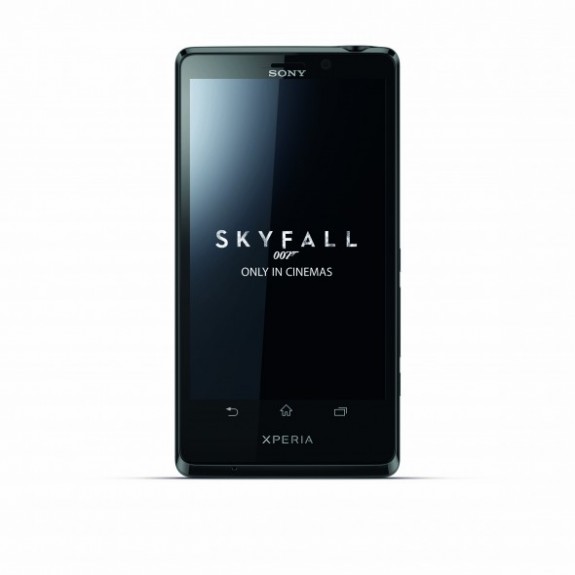 The Xperia TL is headed to AT&T.

The Xperia TL will be rocking Android 4.0 Ice Cream Sandwich out of the box, a piece of software that is currently outdated. Sony of course realizes this and says that the phone will be upgraded to Android 4.1 Jelly Bean soon after it launches.

Unfortunately, Sony did not say when the Xperia TL would hit AT&T’s network and it did not give any hints as far as pricing is concerned. We don’t imagine it will cost much more than $199.99, the standard for smartphones.

We’ll let you know when AT&T decides to give the device an official release date though it should come before the premier of Skyfall in the U.S. which is slated for November 9th.

The movie will be out in the UK on October 26th which means that we might see the phone launch around that date to coincide with the movie.