The Sony Xperia Z, one of the more intriguing devices announced at CES 2013 in Las Vegas, has already seen one release date emerge and now it looks like another, sooner than the first, has surfaced.

Earlier this week, Sony took the wrappings off of its latest Xperia-branded smartphone, the Sony Xperia Z, a device that leaked out numerous times in the build up to CES as the Sony Yuga. The device is Sony’s flagship and one that will take on the likes of the iPhone 5, Samsung Galaxy S3 and Samsung Galaxy S4, a device that has been rumored to be coming in February. 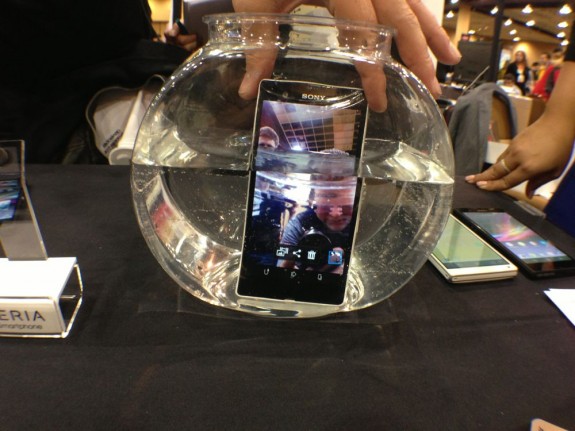 The Sony Xperia Z release date could be February 18th in Europe.

Yesterday, we saw a pair of UK retailers leak out potential Xperia Z release dates with Phones4U claiming it would be shipping the phone on March 1st and another retailer, Carphone Warehouse, saying that it would be offering it in February. A specific release date in February was not given. Today though, it appears a potential February release date for the Xpera Z has emerged.

According to a listing on an authorized Sony retailer in Poland, courtesy of GSMArena, the Xperia Z is expected to arrive on February 18th which could mean that the device is slated for a release in wider Europe on that day as well.

Of course, this is not Sony itself, so it doesn’t confirm anything, but since we’ve already heard that one retailer will be getting it in February and Sony itself has said that the phone will see a global launch in the first quarter of 2013, this February 18th date fits in very nicely.

Unfortunately, there is still no word on whether or not the device will be coming to a carrier in the U.S., though, given its specs and high-profile, it remains a possibility.

The Sony Xperia Z was Sony’s big smartphone unveil of CES 2013 and it packs some serious specifications in an effort to match the higher-end smartphones that are already on shelves and the ones that will be coming to shelves soon.