Today at CES 2014, Sony and T-Mobile announced a device that could wind up being the smartphone star of the show. The waterproof, T-Mobile exclusive Sony Xperia Z1S will settle in as the carrier’s flagship Sony smartphone and it will be splashing down on shelves in a few weeks on January 22nd.

Last CES, Sony was the only mainstream company to introduce a flagship smartphone model in the Sony Xperia Z. The Xperia Z was one of the highlights of the show but the company did not get the device out until February, after the device had lost the steam that it had picked up at the event. This year, Sony won’t be making the same mistake. 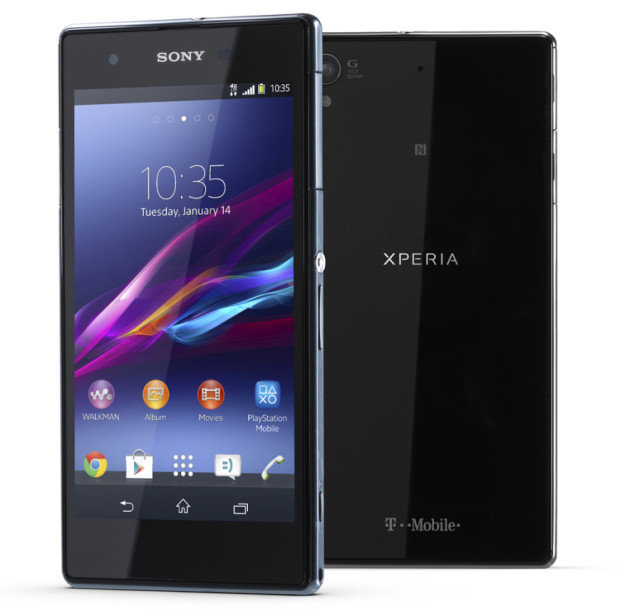 The company announced a new flagship, the Sony Xperia Z1S, a device that will be heading to T-Mobile and will be heading there on January 22nd. Furthermore, the company will be putting the Xperia Z1S up for pre-order starting January 13th, just a few days after its debut.

T-Mobile’s Xperia Z1S has the potential to make a sizeable impact on the market thanks to a number of intriguing features. The flagship is similar to the model that has been on sale in other parts of the world which means that it utilizes a large 5-inch 1080p display, a Qualcomm 800 quad-core processor, 32GB of storage, a 20.7 megapixel camera, and a waterproof design that can be submerged up to five feet for 30 minutes. This is just a little bit better than the Xperia Z, a device that is also on T-Mobile, and will continue to be sold alongside the Xperia Z1S when it lands later this month.

Unfortunately, the Xperia Z1S won’t run Android 4.4 KitKat. Instead, Sony has outfitted the Xperia Z1S with Android 4.3 Jelly Bean, the software that was replaced by Android 4.4 back in November. Sony’s user interface is far less intensive than some of the UI’s found on devices like the HTC One and Samsung Galaxy S4 though it’s still not vanilla.

T-Mobile will offer the phone for $0 down but those interested will have to pay $22 for 24 months to pay off the full cost of Sony’s current flagship smartphone.