The Sony Xperia lineup has some great smartphones, and none are better than the new Xperia Z5 and Z5 Compact that were announced back in September and released in October. Sony’s smartphones are quite popular outside the United States, and now, two options are finally coming to the US early next month.

For years Sony has made some good phones that are available in regions outside the US and occasionally on T-Mobile or AT&T, but none have launched on all US carriers like Samsung, LG and others. And while the new Z5 lineup looks similar to the Z4 before it, and so on, they have plenty to offer US smartphone buyers.

Read: Sony Xperia Z5 Release: Everything You Need to Know

Arguably the best smartphone Sony has released thus far is the trio of devices announced late last year. Sadly none of them came to the United States, but that’s about to change. Here’s what you need to know about the Xperia Z5 and Z5 Compact release in the US.

This week Sony made a major announcement, and confirmed that two of its three latest phones will be fully unlocked and available for purchase in the United States. The Sony Xperia Z5 and the Z5 Compact will officially go on sale starting February 7th. These are two great phones, but they could have a tough time competing with devices like the Moto X or the recently discounted Nexus 5X.

Sadly Sony’s impressive Z5 Premium with a 4K 5.5-inch display wasn’t mentioned, so for now we’re not sure if that device will be available. That said, the other two go on sale fully carrier unlocked on February 7th.

Update: Today we learned the US versions of the Xperia Z5 and Z5 Compact will not have fingerprint scanners. The feature has been removed from the US models, while pricing remains the same.

The Z5 lineup is rather unique. They all feature the exact same specs but have different screen sizes and battery options. The result is a flagship Xperia Z5 with a 5.2-inch HD display, and an equally impressive phone with a smaller 4.6-inch screen. Many want Samsung’s Galaxy S6 specs in a smaller package, and now that’s finally available in the form of the Z5 Compact. Here’s what to expect from Sony’s new phones.

The Z5 and Z5 Compact have powerful 8-core processors, 32GB of storage with a micro-SD card, are fully dust and water proof (not just resistant) and have a side-mounted fingerprint scanner on the home button. Reviews were positive regarding the scanners, for the most part, but for whatever reason this feature has been completely removed on the US models launching next month.

Many of the options and features rival options available today from the Samsung Galaxy S6, LG G4, or Nexus 6P. That said, they’ve yet to be updated to Android 6.0 Marshmallow, and haven’t been available in the US, until now. 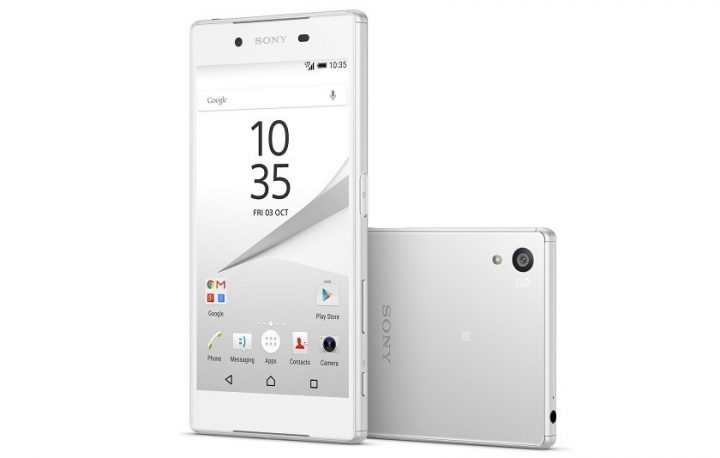 On February 7th Sony will offer the Z5 and the smaller 4.6-inch Z5 Compact at their website, as well as Amazon, Best Buy, B&H and other sites. The Z5 Compact will retail for $499, while the bigger 5.2-inch Galaxy S6 rival will be $599. You can import one today for about $50 less though, so keep that in mind.

All said and done, Sony is a little late. We’re hearing the new and even better Galaxy S7 will be announced and released at the end of February, it will closely be followed by an all-new LG G5, and a redesigned flagship smartphone from HTC. Stay tuned for more details, and grab one of Sony’s phones in early February if you’d like. It’s a tough sell with the Moto X, Nexus 6P and more all costing $499 or less and offering the same or more. Add in the fact these won’t have a fingerprint scanner but still be priced this high, most are better off going with a Galaxy S6 or Nexus device.