Originally, the Sony Xperia ZL was listed as shipping to U.S. customers on April 8th from the Sony Store. Now, it appears that Sony has pushed that date back to April 16th which means that those who order the Xperia ZL today won’t get their device until the day that Samsung Galaxy S4 pre-orders start on AT&T and U.S. Cellular.

At the end of March, the Sony Xperia ZL went up for pre-order on the Sony Store ahead of its eventual release for customers in the United States. The device, which can be bought unlocked, is an extremely pricey proposition for U.S. consumers, especially those looking to use the Xperia ZL on the 4G LTE networks of AT&T and T-Mobile. The device isn’t yet available on any U.S. carrier though regional carrier Cincinnati Bell will be offering it starting May 1st.

The Sony Xperia ZL shipping time in the U.S. has slipped.

Until then, the Sony Store is the only way to nab it, both in HSPA+ and LTE form. Those thinking about taking the plunge were originally greeted with an expected shipping date of April 8th in the U.S. However, it now appears that Sony has pushed that date back as the Sony Store is now showing it as shipping out on April 16th, seven days from now.

The Sony Xperia ZL is still listed as being up for pre-order which means, at the very least, the Sony Xperia ZL won’t be shipping out to those ordering today until then. We imagine that the shipping date likely also affects those who placed an order before April 8th but we have yet to be able to confirm that. 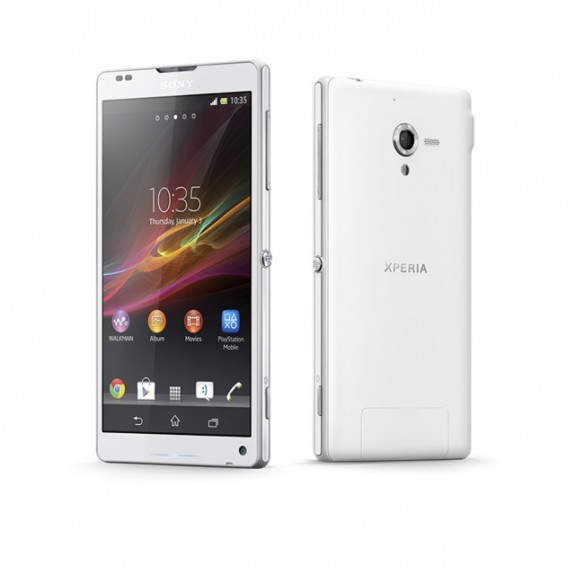 The Xperia ZL will hit its first U.S. carrier on May 1st.

At the very least, it pre-orders placed today won’t be shipping out until next week at the earliest and there is still a chance that we could see it pushed back even further.

The Sony Xperia ZL of course is similar to the Xperia Z as it includes a 5-inch 1080p display, quad-core processor and 13MP camera. However, it features a more compact, non-glass design. The Xperia ZL, unlike the Xperia Z, is able to run on LTE in the United States which means it can pull down extremely fast data speeds, up to 10 times faster than standard 3G.