After the FAA decided to allow mobile devices to be used during take-off and landing last month, numerous airlines have changed their policies as well, allowing passengers to use their smartphones or tablets from gate to gate. However, Southwest Airlines is going a step further and will allow flyers to use the airline’s WiFi service during the entire duration of the flight.

Southwest is able to offer this because its planes use satellite technology instead of air-to-ground technology that’s used by Gogo, which is a standalone WiFi service that most airlines use currently. Southwest Airlines has WiFi on 435 of its almost 600 planes, so not all Southwest flights will have WiFi service to begin with, but the odds are favorable that you’ll have a flight with WiFi service if you use Southwest. 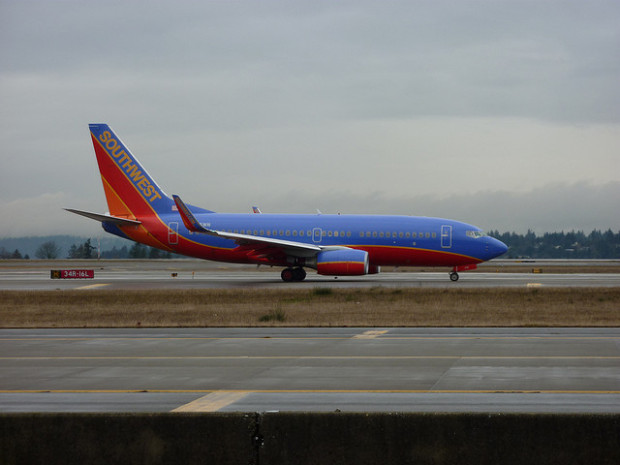 The FAA decided last month to allow mobile devices during the entire duration of a flight, including take-off and landing. Previously, you were required to completely turn off your devices when the plane would take off and land, but you’ll no longer have to deal with that inconvenience. However, while the FAA is allowing it, it’s really up the airlines to decide what to do, but most of the major airlines have updated policy anyway.

JetBlue was the first airline to allow mobile devices to be used throughout the duration of the flight, followed  by Delta Air Lines. The FCC still prohibits devices from making phone calls while in the air, so that rule will still remain in effect, but passengers will still be able to use Bluetooth, meaning that all communication radios don’t need to be off.

Last month’s ruling by the FAA is a huge step forward for the technology industry, as well as the airline industry, as it will result in happier passengers for the most part. It’s not said when Southwest Airlines will begin offering this gate-to-gate WiFi service, but it should be soon enough.