This week at the annual Consumer Electronic Show in Las Vegas, popular case manufacturer Speck announced an all new product called the Pocket VR. Aimed at taking on Google Cardboard and more expensive VR headsets like the Samsung Gear VR. The Pocket is a portable, collapsible VR headset for those on the go.

Virtual reality headsets are becoming increasingly more popular, especially after the Google Cardboard was released. However, it’s fragile, made of cardboard, and doesn’t offer the best overall experience. It’s that, or more expensive options like the Gear VR or the upcoming HTC Vive Pre. However, Speck has a perfect middle ground that is priced low enough for anyone to afford.

Speck, one of the most popular iPhone and Android case makers has unveiled the new Speck Pocket VR. It can easily collapse for ultimate portability, extremely small being roughly the size of most phone cases, and fits in any pocket. 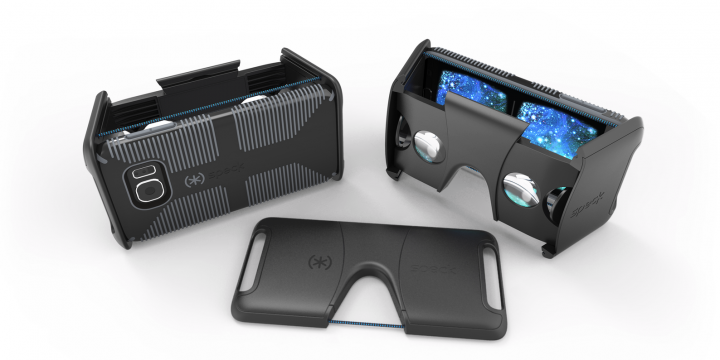 The purchase of the Speck Pocket VR also gets users a Speck CandyShell case, which is the most popular case the company sells to date. Initially the Speck Pocket VR will work with select Android devices, and is priced at just $69.99 with a release date set for later this Spring.

Speck VR is basically a few pieces of plastic, and elastic band to attack the VR headset to your head, and has a few well-placed notches to clip in a Galaxy S6 or iPhone 6S with the included Speck CandyShell case. Attack your phone, install the Google Cardboard VR app (Pocket VR is Cardboard certified) and enjoy endless virtual reality content. The point here is users get portability, ease of use, a great case for their device, and can get into the VR market at a low price. Google Cardboard is too cheap and not a good experience, putting Speck in a perfect happy-medium. 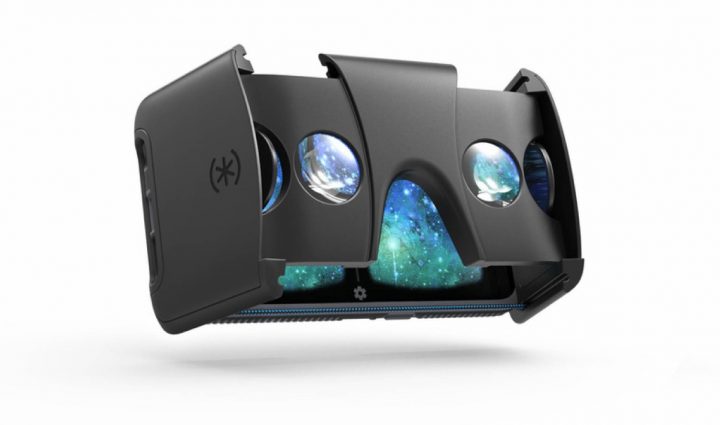 There is one downside though, and that’s this is just a foldable and portable VR headset viewer. It’s missing a key button for navigation, interaction, and playing VR games from the Google Play Store. As a result it’s more of a virtual reality viewer, rather than a full featured headset like the Samsung Gear VR. That means users need to decide if they just want to view VR content for fun, or spend a little more on Samsung’s option instead.

It’s a great alternative to the cheap Google Cardboard options floating around eBay, has Google’s full VR support because it’s Cardboard certified, but is just a glorified VR viewer more than a full experience.

The Speck Pocket VR will be available this Spring for $69.95 starting with the Galaxy S6 kit, and that price includes a Speck CandyShell case for Samsung’s flagship smartphone. Expect more variants with support for other Android devices, the Galaxy S7 and more later in 2016.