The Spider-Man PS4 game is finally here on the PlayStation 4, and it’s a thrilling web-slinging adventure for Marvel fans. It isn’t free of bugs and errors. This is what you need to know about how to fix Spider-Man PS4 problems.

We’ll show you how to fix some Spider-Man PS4 problems without waiting for updates, and clue you in on what you need to know about the patches and fixes that are coming.

Insomniac Games released a massive 43GB Spider-Man PS4 1.04 update on day one. This fixed some bugs, cinematic issues, optimized the game and fixed some issues with game progression and challenges. 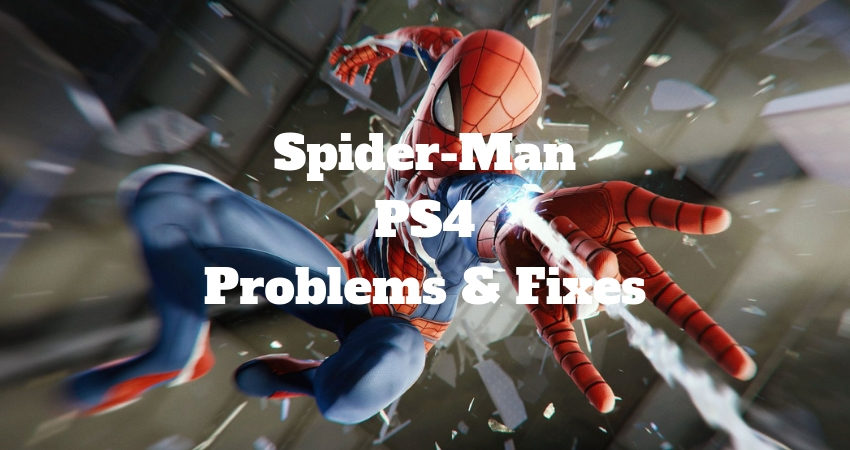 How to fix Spider-Man PS4 problems without waiting for another patch.

It’s a huge download, but it is the first step to playing and avoiding some of the Spider-Man PS4 problems completely. This patch is massive because it includes several updates since Spider-Man went gold.

On Twitter and on the official support page Insomniac Games tells users who have issues with codes to contact the retailer directly. This is often the case with promotional items. You may need to check your Spam folder, or look on your receipt.

If you still have issues, try speaking to a manager at the game store you bought Spider-Man PS4 at, and be prepared to show your receipt and other proof you didn’t get a code.

Other users are saying they didn’t get the pin pre-order bonus. If that’s happening to you, look for an email from FigPin. If you don’t have it yet, you may need to wait a little longer.

We are seeing reports of players getting stuck when Spider-Man freezes. One report is that this happens in Fisk Tower.

This is a frustrating issue and one user reports it stayed after restarting the PS4 and re-installing the game.

Insomniac Games suggests trying to reload the checkpoint from the menu as well.

You can try clearing the PS4 Cache. To do this you will need to;

If that doesn’t fix the issues you may want to delete your Spider-Man PS4 save and try the game again. You can back up your saves to USB or online if you have PS Plus. Make sure you have a copy before you delete the save.

After you delete the save, remove the USB drive if you used one. Now start Spider-Man on your PS4 and see if you can play without a save. If it works, try restoring your save to the PS4 and playing from the freeze point again. If that does not fix the issue, you will likely need to start over or wait for a patch.

Users are also reporting ending up inside buildings, but this does not appear to be linked to the freezing issue and there is no known fix yet.

How to Fix Black Bars When Playing Spider-Man PS4

A common enough problem is seeing a black border around the game when playing Spider-Man PS4. This happens when your screen size or area isn’t configured correctly.

Go to Settings -> Sound and Screen -> Change the Screen size or borders to fit your display.

No Fix for Spider-Man PS4 Language Problems Yet

We’ve seen a huge number of fans complaining that they cannot change the language of the game. This is a fairly common feature nowadays, but it is not included in Spider-Man PS4.

This is also an issue for users who are buying the game outside of the U.S. and want to play with english voices and Spanish subtitles, for example. We’ll update this if we learn of a fix or plans to include Spider-Man PS4 language options in an update.

Insomniac Games is looking for screenshots and videos of this problem and is asking if users have the 1.04 patch installed. If you run into this problem capture it on your PS4 and share on this thread.