There have been rumors for a couple of weeks regarding a WiMax-enabled Nexus S for Sprint and now, the wait is finally over. 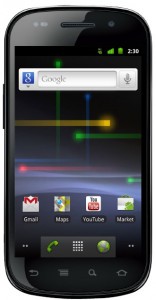 Earlier today, Sprint made the Nexus S 4G official, a move that had been expected at CTIA but instead comes a day early. Sprint’s version of the Nexus S is going to be fairly similar to T-Mobile’s device save for a few differences.

It will also run the same OS as the Nexus S, Android Gingerbread, but it will have an on/off box for 4G in the settings, making it easier to conserve battery when users don’t need WiMax speeds.

Other than those differences, the Nexus S 4G is going to be the same Samsung-made device Google announced all the way back in December. It’ll have a 4 inch Contour display, a single core 1GHz Hummingbird processor, front facing VGA camera, a 5MP rear facing shooter, 16GB of internal memory, and NFC (near field communication) capabilities.

Sprint’s Nexus S 4G will be out sometime this spring and will cost the usual $199 on a new two-year contract.