Sprint has finally confirmed the release date of its 4G LTE version of the Samsung Galaxy Nexus as April 22nd. It has also confirmed the device’s entire specification list and as we suspected, there isn’t much of a difference between it, and the Galaxy Nexus that’s on Verizon.

The Galaxy Nexus for Sprint will be one of two devices that launches on April 22nd as it will be launching for $199.99 on-contract alongside the LG Viper 4G LTE, a environmentally friendly mid-range phone that will cost $100 on-contract.

In addition to the release date, Sprint has also produced a full specification list for the Galaxy Nexus that will give those interested in the Android smartphone a good look at what you expect. 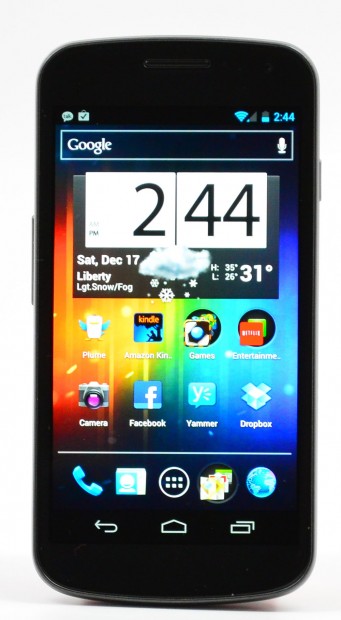 The Sprint Galaxy Nexus will be similar to Verizon's.

You can also watch the Galaxy Nexus hands on video below for a look at the hardware and impressions from our Verizon Galaxy Nexus review.

With that, here are the specifications for the Sprint Galaxy Nexus:

Again, everything here is the same as the Verizon version of the Galaxy Nexus except for the fact that Sprint’s device supports Google Wallet while Verizon’s, which also sports an NFC chip, does not.

Sprint’s Galaxy Nexus is now up for pre-order.