We have a feeling that Sprint will be releasing its version of the Samsung Galaxy Nexus, and thus launching its 4G LTE network, at some point in April. And now, we have even more evidence that suggests that things are indeed in motion. The Samsung Galaxy Nexus for Sprint has passed through the FCC on its way to the Now Network and now, it should only be a matter of time before we get a launch date from Sprint.

The carrier is currently holding a contest for the Samsung Galaxy Nexus that ends in early April and we suspect, Sprint won’t make the winners wait very long for their winnings.

In addition, Amazon is hosting a firesale on 4G WiMax devices which seems to point to the retailer trying to clear out its inventory in preparation for the upcoming launch of 4G LTE devices. 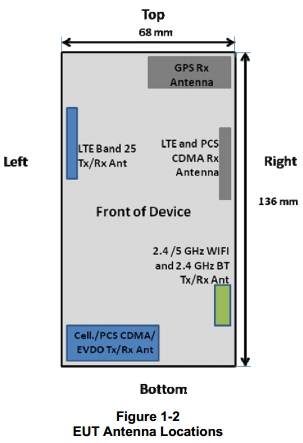 The Sprint Galaxy Nexus that passed through the FCC has LTE band 25 which is the band that will run on Sprint’s 1900MHz LTE network and it also has support for 850 / 1900 CDMA.

Bluetooth and Wi-Fi are, unsurprisingly, on board as well.

We don’t expect Sprint’s version of the Galaxy Nexus to be much different from Verizon’s version that was released last year. It will have a 4.56″ HD Super AMOLED display and a chip for Near-Field Communication.

You can check out our hands-on with the Sprint Galaxy Nexus in the video below:

So, it would appear that Sprint’s 4G LTE plans are in motion and those in the launch cities that the carrier has already announced should be making preparations for a launch in the not-so-distant future.