Just a short time ago, AT&T, Sprint and T-Mobile announced their Samsung Galaxy S II variants with AT&T and Sprint announcing that their models would be out in September. T-Mobile’s Galaxy S II, unfortunately, remains without a concrete date. Sprint’s on the other hand does have an official date and is going to be launching on September 16th (AT&T’s on September 18th). And now, just before launch, it’s up for pre-order for $150.

That’s right. Wirefly, in true Wirefly fashion, is undercutting Sprint – who offers the device for pre-order in-store for $199 on a new contract – and is offering the Galaxy S II Epic 4G Touch for $50 less. 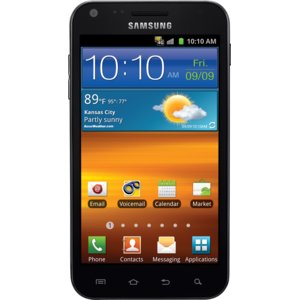 The only problem is, it’s for new customers only. So, those of you looking to upgrade are going to have to look elsewhere. Who knows, maybe we’ll see something pop up before the 16th arrives.

If you are willing to sign a new contract and you are dead set on snagging a Galaxy S II on Sprint, you can find Wirefly’s deal here. No word on when it will go up for pre-order on Sprint’s website.