Not intrigued by Samsung’s newly announced Samsung Galaxy S II LTE? Unfazed by the lack of a Verizon Galaxy S II device? Thinking about getting a Galaxy S II device with the another flavor of 4G? Well, then you’ll be delighted to know that a U.S. bound Galaxy S II device, Sprint’s Epic Touch 4G, has leaked out in an extremely clear image that shows off what this phone is all about.

Yes, we saw it a short time ago posing in a group photo with AT&T and T-Mobile’s devices but this is by far the clearest image of the Epic Touch 4G, or Epic 4G Touch, that we’ve seen yet.

From the image we can see that the Galaxy S II for Sprint is not all that far off from the Galaxy S II variant that has been released elsewhere in the world. And I think for most people, that’s a good thing. 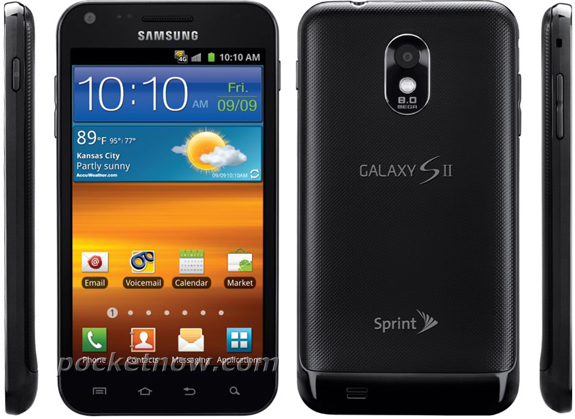 We can also see, again, the very blatant September 9th date on the device which again may or may not mean that we’ll see this thing launch a day after the Motorola Droid Bionic is supposed to launch.

We’ll know tomorrow as Samsung will be launching all three of these at an event in New York City.