While Best Buy initially told those who pre-ordered the Sprint Samsung Galaxy S4 that it would not be able to fulfill pre-orders until at least May 9th, the retailer has now informed Gotta Be Mobile that it now expects to receive inventory this week, enabling it to deliver many pre-orders by Friday, May 3rd.

Last month, Best Buy started taking pre-orders for the Samsung Galaxy S4 along with carriers like AT&T, Sprint and Verizon. Sprint though ran into inventory issues with its Galaxy S4 and was forced to delay its in-store release date beyond its planned April 27th release, which in turn, caused Best Buy some issues of its own. 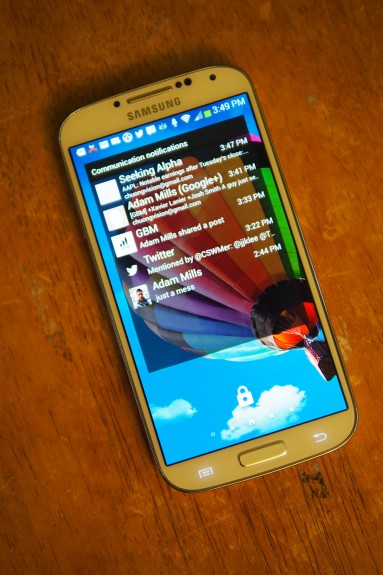 Earlier this week, the retailer sent out emails saying that it would not be able to fulfill Sprint Galaxy S4 pre-orders until some point between May 9th and May 20th, dates far beyond what most of those who pre-ordered expected. However, today, the retailer is signing a different tune, and it may be because Sprint was finally able to get its Galaxy S4 in-stores.

Sprint has seemingly shored up its inventory problems, at least at some stores, and that success has seemingly trickled down to Best Buy as the retailer has informed us that it will be getting Sprint Galaxy S4 inventory this week and expects to fulfill many pre-orders by Friday instead of the later on this month. It’s unclear just how many pre-orders Best Buy will be able to push out, but it looks like it’s planning to get out as many as possible.

It will likely not be able to get all pre-orders out this week which means that at least some people will be waiting into the month of May for their device to arrive on their doorstep.

Best Buy has told consumers that they can’t cancel their order if the wait isn’t ideal. Sprint currently has the device in-stores so that is an alternative for those looking to get a quick fix.

The retailer continues to take pre-orders, in-store, for the Verizon Galaxy S4 which is expected to arrive on May 30th.