Back in January, the Samsung Galaxy Tab 2 10.1 in the United States, the Wi-Fi version, received its bump up from Android 4.0 Ice Cream Sandwich to Android 4.1 Jelly Bean. Now, Sprint has said that its version of the update is currently rolling out to owners of its 10.1-inch Android tablet with the update is rolling out Over-the-Air.

In a bit of a surprise, the carrier has begun rolling out its software today in an update effort that it will take a few weeks to reach all owners of the Galaxy Tab 2 10.1 on Sprint.

Those who wish to get the update will want to head into the device’s About section in Settings and check to see if an update is available. If it is, the software will prompt a download and installation process that will take several minutes to complete. Once that is done, the Sprint Galaxy Tab 2 10.1 will be up and running Android 4.1 Jelly Bean.

Beyond the update to Jelly Bean, which brings a number of new features to the table, the update is an unknown. We imagine it will likely bring fixes to those in need but there is no guarantee. 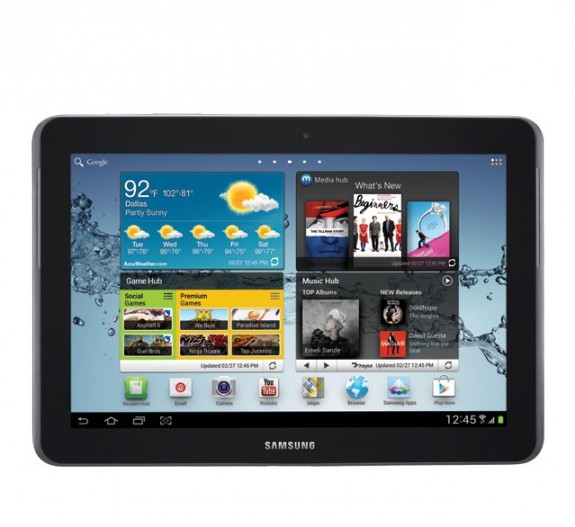 What it is guaranteed to bring is a new piece of software that features a number of new, nifty features. They include Google Now, the predictive feature that can tell users traffic on a commute route before heading out the door, a new smoother user interface, improved core applications like Browser and Calendar, and a whole lot more.

This is an update that Sprint Galaxy Tab 10.1 owners will want to download and install as soon as it becomes available as it is a significant upgrade over Android 4.0, the device’s previous version of Android.