Sprint’s Kyocera Echo is an ambitious dual-screened Android device that was announced all the way back at an event in New York City, complete with an appearance by David Blaine. It’s going to be available starting April 17th and will cost $200 with a new two-year contract. 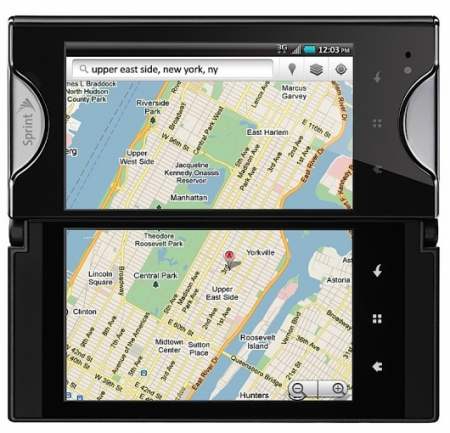 At first, the Echo doesn’t look like much. It appears to be a standard smartphone with a 3.5 WVGA display.  However, as we said, this is a different kind of phone. Open the phone and another display is revealed meaning the Echo sports two 3.5 inch screens which gives the device a grand total of 4.7 inches when in dual-screen configuration.

While the handset can be used as a standard smartphone, the three dual-screen functions Simultask, Optimized Mode and Tablet mode and those are the core features of this phone and are what make it stand apart from other Android devices.You can see great examples of all three in the video.

We came away fairly impressed by the Kyocera Echo and its unique way of multitasking and using applications (the lack of 4G does leave something to be desired) and we awarded it with a Best of CTIA 2011 award.

Pre-orders for the Kyocera Echo begin on March 26th.