Sprint Preparing Itself for an iPhone Launch? 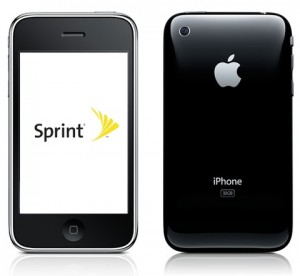 Recent changes to Sprint’s HTC EVO 4G flagship Android smartphone television commercials observed by Beatweek suggests that the Now Network may be preparing itself for an iPhone launch in the future. The EVO 4G commercial was recently seen amended with the quote the EVO was a superior option to the iPhone 4 removed.

Rival Verizon Wireless had in the past fired antagonistic commercials at Apple and rival carrier AT&T. However, leading up to the iPhone 4’s announcement on the carrier’s network, Verizon’s response to the iPhone has been more neutral, stating that it was willing to embrace the Apple smartphone whenever Apple was ready. Sprint’s recent action to neutralize its antagonistic commercial against the iPhone is seen by some industry insiders as laying the groundwork to adopt the popular iPhone on its network.

However, in the past, despite Sprint’s jabs at the iPhone and AT&T’s network in terms of speed and reliability, the carrier hasn’t been shy to leverage Apple’s popularity in promoting its own products. Before Verizon Wireless had bundled the WiFi model of the iPad with its own MiFi unit for mobile broadband access for the tablet, Sprint was promoting a “4G iPad” through the use of its Overdrive, a mobile hotspot router similar in concept to Novatel’s MiFi, and giving away free iPad cases with a pocket for an Overdrive.

As Apple had stated that it has signed a multi-year non-exclusive deal with Verizon in offering the CDMA iPhone 4, perhaps Sprint’s more neutral marketing change will help the carrier land an iPhone on its network in the future. A 3G CDMA iPhone could be quickly configured for Sprint as Sprint and Verizon operates similar CDMA networks for 3G. However, a 4G-capable iPhone would be more difficult as Sprint has adopted WiMax for 4G while Verizon and AT&T are both committed to LTE as the 4G protocol of choice.

If Sprint doesn’t land the iPhone, it will be in a similar position with T-Mobile and must rely on Android and other operating systems for growth. Through its WiMax technology, which is backed by Intel, the carrier may also be the most open to MeeGo, which is jointly developed by Intel and Nokia, as an emerging mobile OS. The carrier already has a number of BlackBerry smartphones, was a launch partner for webOS, and will be supporting Windows Phone 7 in the future.