The Sprint version of the Galaxy S III, which boasts a model number of SPH-L710, has stopped by the Bluetooth Special Interest Group (SIG), the regulatory body for Bluetooth radio approval.

And just like the AT&T, T-Mobile and Verizon models that showed up at the SIG, there is little information on Sprint’s device. In fact, besides the model number, the only thing listed is the fact that it supports Bluetooth 4.0.

We also see the pebble blue design that’s being promoted by Samsung right now for the international GSM edition. 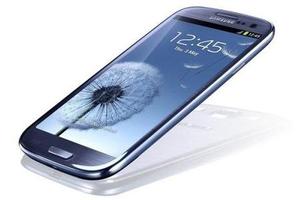 This of course doesn’t mean that a release is on the horizon but it does mean that the device will indeed be coming to Sprint to join the likes of the Samsung Galaxy Nexus and the HTC EVO 4G LTE which arrives on May 24th after a delay.

Samsung has announced that the 4G LTE model will be coming to the U.S. in June but there hasn’t been a single U.S. carrier that has claimed the phone as of yet.

It’s unclear if Sprint’s variant, or any of the other U.S. variants will feature a different design than the international version but we already know at least one feature will likely be missing when it arrives.

The 4G LTE model is rumored to feature a dual-core S4 Snapdragon processor instead of a quad-core Exynos processor found in the international model. T-Mobile boasts an HSPA+ network but it’s unclear if it will offer the quad-core model.

Those in the United States who want the Galaxy S III with a quad-core processor can order the unlocked version from Amazon right now. The device will become available in the early part of June.

So, there it is. All four major U.S. carriers will be getting the Samsung Galaxy S III.

Which one will you be headed to?