Sprint’s first 4G LTE smartphone, the LG Viper 4G LTE, has gone up for pre-order today appealing to those that are looking to get on the Now Network’s new high-speed network without having to shell out the big bucks.

Earlier this month, Sprint promised to put the LG Viper 4G LTE up for pre-order on April 12th and the carrier has kept that promise as the 4G LTE device can currently be bought before its launch date.

Speaking of that launch date, Sprint has confirmed that it will be getting the device out on April 22nd, the date that was rumored to be its release date. 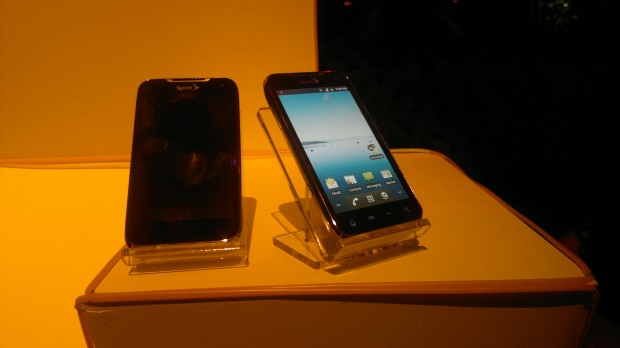 The carrier also says that those who pre-order will get their device a few days early, somewhere around April 20th.

What remains unclear is if Sprint’s 4G LTE network will go live on that day. We’re assuming the carrier won’t launch the device without its preferred network behind it, but you never know.

The LG Viper 4G LTE will be launching for $100 on-contract although that comes with a $50 mail-in rebate.

As for specs, the LG Viper 4G LTE is an eco-friendly device and it features Android 2.3 Gingerbread, a 1.2 GHz dual-core processor, 1 GB of RAM, mobile hotspot support, a 5MP rear camera, and a VGA front-facing camera.

We were able to go hands-on with it at CES and those interested will want to watch our hands-on video below:

Another one of Sprint’s 4G LTE smartphones, the Samsung Galaxy Nexus, is supposedly going to launch on April 22nd but the carrier has yet to confirm that bit.