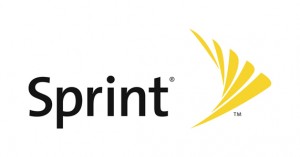 We’ll be live in Orlando, Florida this week to bring you the best and latest from the CTIA Wireless 2011 conference, but ahead of show-time, we’re hearing leaks of what Sprint will announce. From the looks of it, Sprint will most likely steal the show with an aggressive lineup of WiMax 4G-capable devices, including a refresh to the HTC EVO 4G that was launched almost a year ago and a bevy of new tablets!

First up, we have the HTC EVO 3D, which would be the successor to the HTC EVO 4G. That device will follow in Motorola’s lead with a qHD display–which brings almost the same amount of pixels as Apple’s Retina Display on the iPhone 4–measuing 4.3-inch and sporting 960 X 540 pixels (iPhone 4 has a 3.5-inch display with 960 X 640 pixels). As its name implies, the EVO 3D will feature a glasses-free 3D display, 1 GB RAM, 4 GB internal storage, a 1.2 GHz dual-core Qualcomm Snapdragon CPU, dual 5-megapixel cameras on the rear for capturing 3D images and videos complete with a dedicated camera button, and a large 1,730 mAh battery. The device will run the 3D edition of Android 2.3 Gingerbread and will come with HTC Sense. YouTube 3D and Blockbuster 3D are there as well for all your 3D video needs.

Sprint’s HTC EVO 3D would be the first glasses-free 3D smartphone in the U.S. Sharp has said that it plans on bringing its Galapagos 3D smartphones to the U.S. this summer.

Sprint’s also set to introduce the HTC EVO View 4G, which will be the carrier-branded model of the HTC Flyer tablet that was announced last month at Mobile World Congress. The 7-inch Android 2.4 Gingerbread EVO View 4G will also support pen input with the HTC Scribe stylus mechanism.

Additionally, Sprint’s said to also be joining rival carrier Verizon Wireless in offering the Motorola Xoom tablet. Rather than 4G LTE support on the Verizon edition, Sprint’s will come with 4G WiMax.

Sprint may also announce a WiFi-only BlackBerry PlayBook tablet in addition to a 4G WiMax model that was announced earlier in the year at the Consumer Electronics Show.

Of course, there could be more models. One thing’s for sure, Sprint’s bevy of rumored announcements will rival Verizon’s slew of 4G LTE-capable devices that were announced at CES.