Today is the 45th anniversary of the day the first episode of Star Trek aired on CBS NBC. Over four decades later Star Trek and the movies and shows it spawned are some of the most loved science fiction media properties in America, and perhaps the world. Today several sites have pointed out how many of today’s gadgets resemble, and were often inspired by, the tech on Trek. We’re living in a future with flip phones that act just like communicators, tablets that resemble PADDs, and holodeck dreams that may come true sooner than you think. But is today’s Trek tech as good as the devices envisioned by the writers and prop teams?

Geeks love an X vs. Y fight (Picard would SO beat Kirk, amirite?), so we’ve chosen 5 Trek technologies and their modern counterparts. You, dear readers, get to choose which ones are better. Welcome to the Trek Tech Showdown!

Federation ships had warp drive, endless corridors and tubes, and the most sophisticated computers in the galaxy. The computer (almost) always knew when a crewmember was talking to her, rarely misinterpreted the command or query, and magically knew when to turn off the communicators to stop someone on the wrong end from hearing a witty aside. And did you ever see anyone complain that their Captain’s Log was transcribed incorrectly? You did not.

The voice recognition in Android phones and Google Chrome tries to approach this level of sophistication, but falls short. Voice to text on Android still relies on a connection to the server to work, and has trouble with similar-sounding words and some regional accents. And though it has the capability, I haven’t yet experienced being able to say “open web browser” and have the browser actually open. But I don’t think we’ll have to wait until the 23rd century before this is possible. 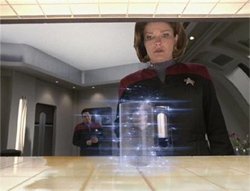 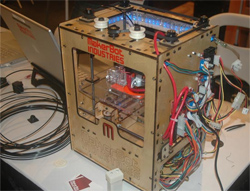 Star Trek’s replicators were able to make almost anything you asked for in seconds, but we most often saw them delivering food and “Tea. Earl Grey, hot,” to the crew. The science behind this technology was pretty handwavy — it had something to do with extra molecules leftover in the transporters or something equally icky. Still, in a world with instant food, there can be no hunger. And instant goods without the need for an expensive manufacturing process leads to a paradise (or, so we’re told).

In the present, 3D printers aren’t instantaneous, but they do allow people to manufacture individual items without expensive processes. Taking the concept even further, there now exist 3D printers that print out food. Just as with plastic-based printing, these machines lay down layers of food dot by dot to create items that adhere to nutritional and taste specifications.

Battle 3: The PADD vs. The iPad 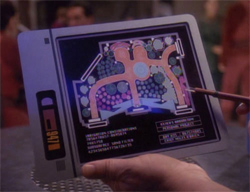 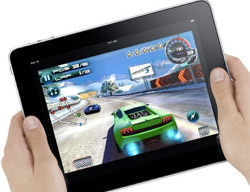 During the original Star Trek series, the portable information slates were bulky and often has styluses attached. They looked more like clipboards than futuristic devices. But by the time of The Next Generation these slates evolved into PADDs — personal access display devices. These tablets were everywhere, just a fraction of an inch thick, and about 8 or 9 inches wide. Crewmembers handed them off as casually as we pass along paper today, and the PADDs had constant connectivity to whatever computer system they happened to be near. Interestingly, people preferred their little swiveling laptops when sitting at desk…

Perhaps the estate of Gene Roddenberry will be called on to testify in the ongoing legal battle between Apple and Samsung over tablet design. After all, both the original iPad and the iPad 2 bear a strong resemblance to PADDs in design and functionality. iOS is a better-looking operating system for sure, but there’s a reason why an app exists that mimics the PADD interface. Still, the iPad will need NFC and more advanced Wi-Fi or Bluetooth connectivity with computers, televisions, and espresso machines before it’s as good as the Trek counterpart. 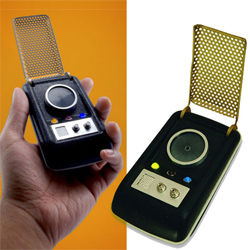 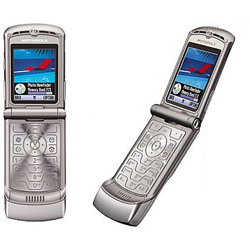 By The Next Generation’s era, the Federation had abandoned handhelds and moved on to communicators and locators in the Starfleet insignia. While that might make practical sense, it’s not nearly as much fun. Whenever Kirk or Spock would pull off that neat little wrist flip I had to smile, and the communicator on chirp is the ringtone of choice amongst many a geek. Still, the old school communicator was a little bulky, had a retro dial for no good reason, and required an unsightly utility belt to hold.

It’s no secret that modern flip phones were inspired by Star Trek communicators, and Nextel took the similarities even further when they first introduced nationwide walkie-talkie on phones. But in recent years the flip form factor has given way to the candy bar and mini-PADD-esque smartphones. Maybe if they’d kept the little dial… 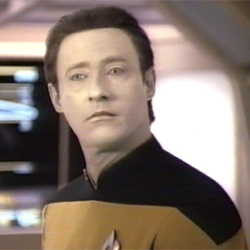 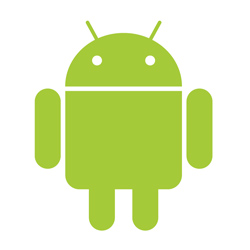 There’s just one thing to say before you get to voting: Is the Android OS fully functional “in every way”? No, it is not.