Back in 1997 when Steve Jobs first came back to Apple, after he being pushed out in 1985, he clearly explained the wildly successful strategy that progressively pushed the company to regularly compete with big oil company Exxon Mobil as the largest US company in terms of market cap.

At a Worldwide Developers Conference that year, Jobs gave a Q&A in which one questioner told Jobs he “didn’t know what he was talking about.” The man was clearly not a fan.

In a good-natured and self-controlled response Jobs not only diffused the angry questioner’s issues with Jobs, but he also explained what would become the company’s primary focus and strategy that clearly made Apple what it is today.

Combined with talented designers, marketing specialists, and Job’s vision, this customer first strategy turned Apple into a success once again despite near death in the late 1980s and early to mid nineties. In the video below, Jobs makes one statement that sums up the philosophy that drives Apple.

“… you gotta start with the customer experience and work backwards to the technology.”

That philosophy shows itself from the moment you walk into an Apple Store, buy your MacBook or iPad, take it home and open it up. You sense that something different just happened. Other companies have tried to mimic this, but Apple makes it an art and consumers are making Apple a huge success.

Apple focuses on not only on great products but also the customer’s experience. In another video from the same event Jobs explained how the company’s laser focus on the customer means sometimes you have to kill off some interesting technologies in order to focus on the best things. This is good management advice in any organization, whether it be a business, your family, or a social club or group.

The OpenDoc framework discussed in this video was defined here.

For a number of other very interesting videos from the early days of the Jobs return, see Fast Company’s roundup. 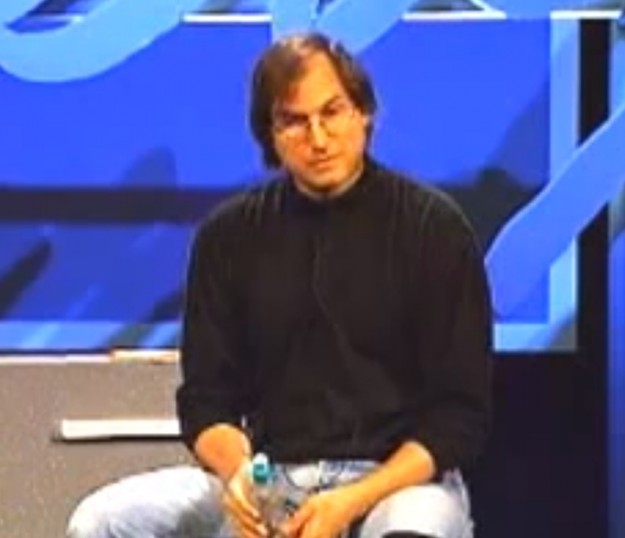