We’ve known for some time that skateboarding was due to make a triumphant return to gaming in the form of Tony Hawk’s Pro Skater 5. What we’re learning this week are all the reasons gamers will might want to purchase the PS4 version of Tony Hawk Pro Skater 5 instead of the Xbox One version.

New Tony Hawk Pro Skater 5 details surfaced this morning in a post on the PlayStation Blog, Sony’s official source for news about its video game and entertainment consoles. Video game developer Activision announced earlier this year that Tony Hawk Pro Skater 5 was on the way featuring its titular character and a new crew of skaters.

The blog post about Tony Hawk Pro Skater 5 release details throws in a ton of information we didn’t have about the game already. For example, the new Freeskate online areas will allow 20 different users to play in the same hangout at the same time. Though there’s plenty interesting about the game’s mechanics, it is the PS4 content and pricing that’s drawing some raised eyebrows. 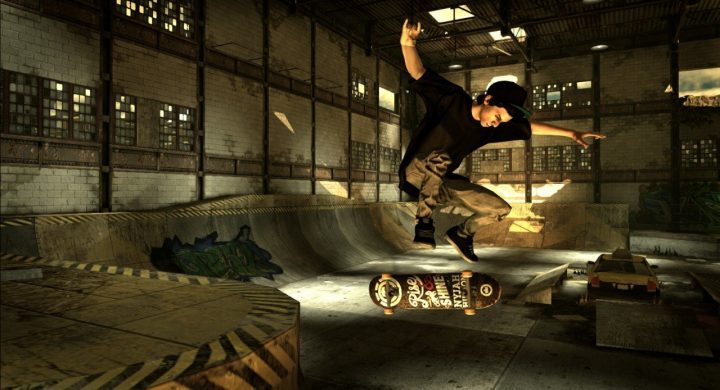 According to the blog post, Sony PS4 and PS3 owners can expect exclusive character heads to be available on Tony Hawk Pro Skater 5 release day. These character heads are based on classic Sony characters. Sackboy from Little Big Planet, Sweet Tooth from Twisted Metal and Ratchet from Ratchet & Clank are coming to everyone who buys Tony Hawk Pro Skater 5 for PS4. For those who prefer to pre-order physical copies, GameStop Best Buy and Amazon have all began taking pre-orders for the game ahead of its September release.

With the end of the Xbox 360 and PS3’s main lifecycle quickly coming to a close, it was only a matter of time before we started seeing big differences between versions of games lunch for them and the newer Xbox One and PS4. Tucked into today’s Tony Hawk Pro Skater 5 post are details about feature parity and pricing between all the different versions of the game coming. Those aforementioned 20 person hubs that let users hang out with their friends in between games and socialize won’t be in the PS3 version of the game. To make up for the huge feature disparity, Activision is slashing the cost of Tony Hawk Pro Skater 5 for PS3. New games for both the PS4 and PS3 cost $60 at launch. Tony Hawk Pro Skater 5 will cost just $39.99. What’s more, PS3 owners won’t even get the game until sometime “before the holidays,” a according to today’s post. The Tony Hawk Pro Skater 5 release date for PS4 is set for September 29th.

Presumably, we can expect the same kind of setup for the Xbox One and Xbox 360 version. After all, it makes more sense than ever to put last generation consoles on hold while trying to launch something unique for Xbox One and PS4. Because of their improved hardware, the Xbox One and PS4 should be able to handle the 20 person pre-game social areas without any problems.

The Tony Hawk Pro Skater 5 multiplayer matches themselves are handled by dedicated servers. Having dedicated servers means that users can create freeskate sessions and have their friends come in and join them at any time. Theoretically, the feature will lead to a more community centric feel in Tony Hawk Pro Skater 5. Gamers can group together in different parties to try challenges and stunts against each other.

All told, there’s tons here for users to appreciate. Tony Hawk Pro Skater defined the skate sports genre for years until. It was only when the series began to rely on external accessories that its popularity waned. Tony Hawk Pro Skater 5 is a genuine attempt to get back to that original feeling of skating with friends and pulling off tricks just because you can.