Sundar Pichai: No Guarantee Android Designed to be Safe

There’s a reason that PR professionals exist. There are more reasons than there are PR professionals why they develop cold sweats when company executives speak in public. A slip of the tongue, a wrong word here or there, and perhaps even more damaging-the truth-can send carefully constructed messaging into a tail spin. The truth needs to always be carefully crafted with certain truths and facts conveniently left out of the mix. Google’s head of Android, Sundar Pichai, let some truth slip out in a recent statement at the Mobile World Congress that has got to have the Google PR folk scanning Google Alerts and Twitter at a feverish pace. 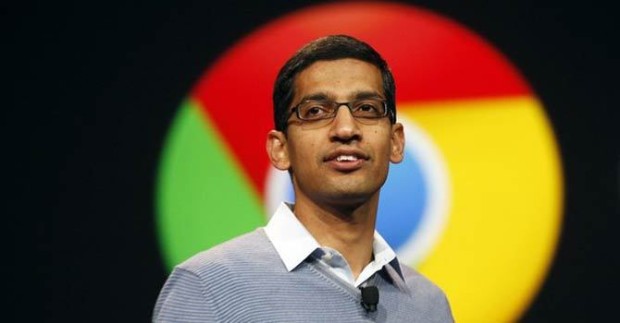 In responding to a question about malware on the Android platform here’s what Pichai said:

We cannot guarantee that Android is designed to be safe, the format was designed to give more freedom. When people talk about 90% of malware for Android, they must of course take into account the fact that it is the most popular operating system in the world. If I had a company dedicated to malware, I would also be addressing my attacks on Android.

This falls into one of those “don’t speak the truth” nightmares that keep PR folk up at night. Let’s parse the beginning of the statement carefully. Picahi says “we cannot guarantee that Android is designed to be safe.” I would call that a truthful statement. Dangerous. But truthful. If a human can build it, a human can bust it. That’s common sense.

But in today’s environment where data security and privacy make the top of the feature list in product demos, you just can’t speak that kind of truth without having the competition pounce and the fan boys of other platforms dancing a jig as they turn the statement into some sort of viral propaganda on the Internet. (Today’s interesting fact: did you know that what we call PR used to be called propaganda until the 1920’s when Edward Bernays began the move to name his craft a more palatable and positive sounding “public relations.”)

Already headlines are twisting Sunar Pichai’s statement by simply saying Android not designed to be safe and leaving out the part about “guarantee.” Adding fuel to the fire, Pichai goes on to say that if he were building malware he would target Android as well. He of course is referring to the fact that Android is pervasively popular and one of the key platform selling points is that it is “open.” (A term in and of itself that is debatable in the PR/propaganda wars.) Again, not really disputable facts, but I don’t think Google wants to see headlines that say “Android So Popular it is Easier to Attack With Malware.”

Don’t be surprised to hear Phil Schiller or some other Apple spokesperson throw these words back at Pichai and Google in some keynote or other form of propaganda down the road. Certainly don’t be surprised by the blog posts and tweets you’ll see in the coming days. Besides, this will just give the PR pros at Google something to work on as they prepare a damage control campaign. As if they don’t have enough to do already.