LG announced a new screen technology today that is incredibly thin, works with super small bezels and delivers a full HD experience. This new screen will almost certainly appear in the LG Optimus G2, and could also show up in an LG Nexus 5.

According to LG, this is the “world’s slimmest full HD LCD,” which should allow more flexibility in design, leading to thinner phones, or possibly larger displays in smaller phones thanks to a very small bezel. LG boasts this means better “grip-ability” and lighter smartphones.

The new LG screen is especially interesting as the latest Nexus 5 rumors claim LG is not only making the Nexus 5, but that the company plans to mirror the LG Optimus G2 specs in the new Nexus smartphone. 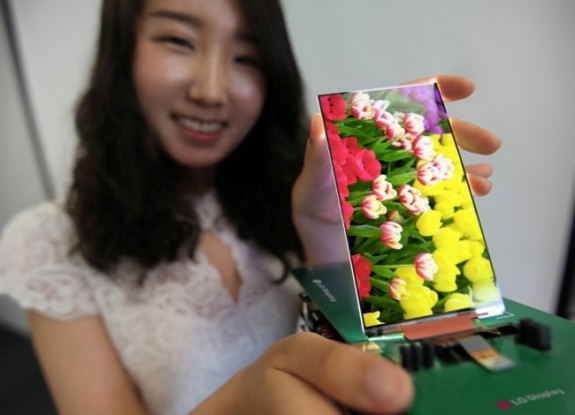 This thin LG display could make it’s way to the LG Optimus G2 and the Nexus 5.

Even though screen specs aren’t incredibly exciting to most users, aside from looking good, this advancement is big news. At 2.2mm thin and with a bezel of just 2.3mm, this opens up the door to thinner phones or bigger batteries.

If this display is headed to the LG Optimus G2 and the Nexus 5, it should mean vastly improved readability in outdoor settings thanks to a very high brightness rating. This display should deliver a 535 nits brightness at full blast. The Samsung Galaxy S4 tops out at around 300 nits and the HTC One at 500. Brighter screens are easier to read in outdoor settings. 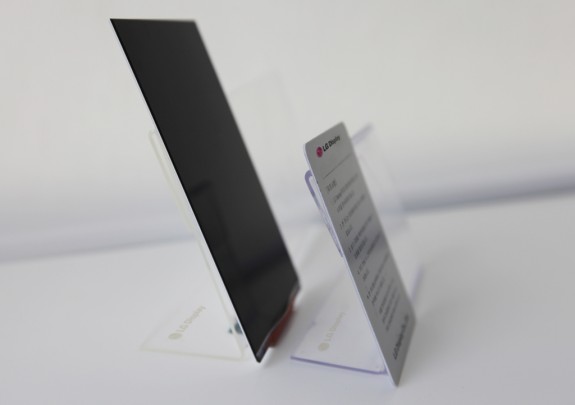 The LG Optimus G2 leaks show off a phone that is too thin for buttons on the sides of the device, pushing the volume control to the back of the device where a fingerprint reader also sits.

The video below shows what is likely the LG Optimus G2, which is reportedly so thin LG moved the buttons to the back.

LG is holding an event on August 7th, which should mark the unveiling of the Optimus G2 and will likely be the first time we see this new screen technology in a smartphone.

If the rumors of a LG Nexus 5 that closely matches the Optimus G2 specs are correct, we could also see the Nexus 5 with a 5.2 inch 1080P super thin display. The latest rumor points to an October Nexus 5 launch alongside a new version of Android known as Android 5.0. 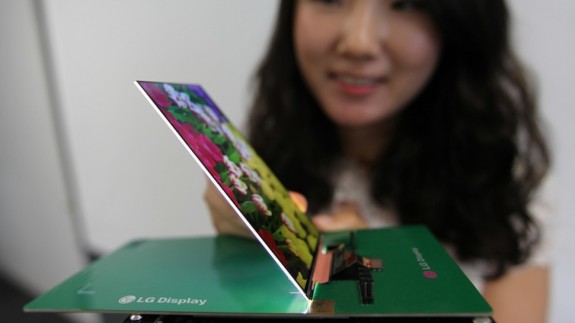 This super-thin display should be a star of upcoming LG smartphones with 1080P, high brightness ratings and a super-thin design.

While LG also makes displays for Apple and other companies, it is unlikely that this display will show up in the rumored iPhone 5S which we expect in the next several months.