Over the weekend, TMoNews dropped a piece of evidence that seems to indicate that T-Mobile has plans to kill off a whole bunch of phones. And by kill of, we of course mean tag them with an End-of-Life (EOL) status. The phones in question include two high-end ones, the HTC Sensation 4G and the HTC Amaze 4G and a couple of other devices including the LG DoublePlay, LG myTouch Q and the LG myTouch.

What this means is that supply of these phones will likely not be replenished and they will vanish from shelves once T-Mobile’s stock is depleted. It could be weeks or months before that happens so don’t shed that single tear just yet.

In fact, this is a good thing as it very well could mean that some other devices are on the way. Yeah, we’d be pretty excited about some follow-ups to the Sensation 4G and the Amaze 4G. 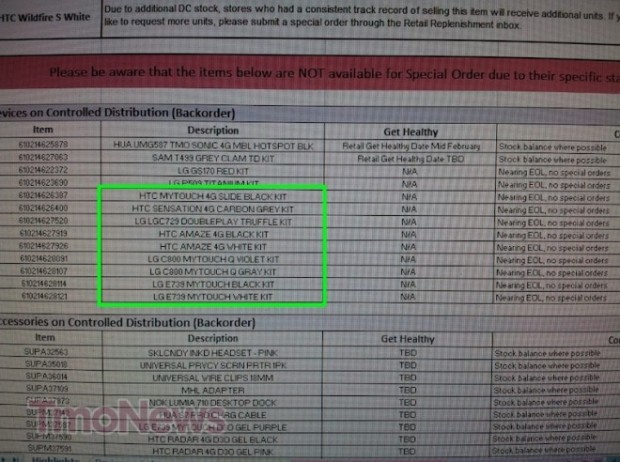 Both are impressive devices so if their EOL statuses are the real deal, T-Mobile obviously has something more than the Galaxy S Blaze on the way.

Fortunately, we have a huge event coming up in February in the Mobile World Congress which is set to kick off in Barcelona. And while we still don’t have a good read on what T-Mobile has in store, it is certainly going to be present.

We’ve heard that the HTC Ville might be heading to T-Mobile in the near future so it’s possible that it is one of the phones that will replace these on T-Mobile.

MWC is just around the corner so we should know soon.