T-Mobile has confirmed that the highly anticipated dual-core, vanilla Froyo powered G2x smartphone will be available starting April 15th online and will show up in stores five days later on April 20th. The carrier also confirmed that the device will cost $200 with a new two-year contract. 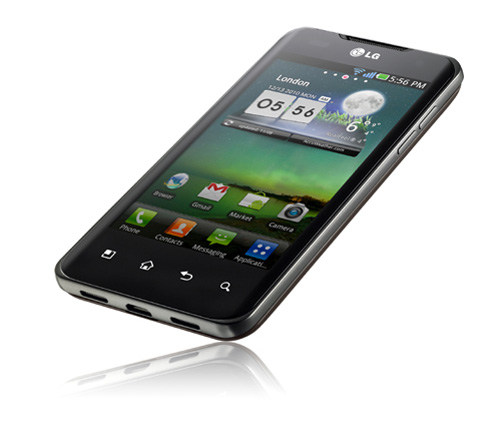 Unfortunately, the deal comes with a $50 mail-in rebate, something that is surely going to make some potential customers roll their eyes.

However, once past that, you’ll have a solid phone that rocks a dual-core Tegra 2 CPU, a pure vanilla version of Android 2.2 like the original T-Mobile G2, a 4 inch display with 480 x 800 resolution, an 8 megapixel rear camera, and a 1.3 front facing camera. It will also utilize T-Mobile’s HSPA+ network which means it will boast 4G speeds.

The official release date comes after the T-Mobile G2x was not only rumored to be coming out on April 15th but also after the packaging materials for the device decided to smile for the camera.

T-Mobile neglected to give any release date for the LG G-Slate Honeycomb 3D tablet which was seen yesterday next to the G2x in some evidence that was said to be coming ‘soon.’