It seems that T-Mobile has a new, mysterious HTC-device in the works and it’s possible that it could be the T-Mobile G3, the sequel to the popular T-Mobile G2.

According to TMoNews, a device called the HTC Era 42 is slated to hit T-Mobile during the month of September. Right now, the release is set to come on September 26th alongside a device called the BlackBerry Armstrong which is supposedly going to be a new Curve, probably the Curve 9320.

The big device here is the mysterious HTC Era 42 which could possibly be the HTC G3. There is no evidence to back that up yet other than the fact that the original G1 was the Era G1. HTC has also said that it’s not going to be focusing on devices with QWERTY keyboards, something that both the G1 and G2 had.

However, both the G1 and G2 had some pull on T-Mobile and there are still many of consumers out there that still want a quality smartphone with a quality keyboard. 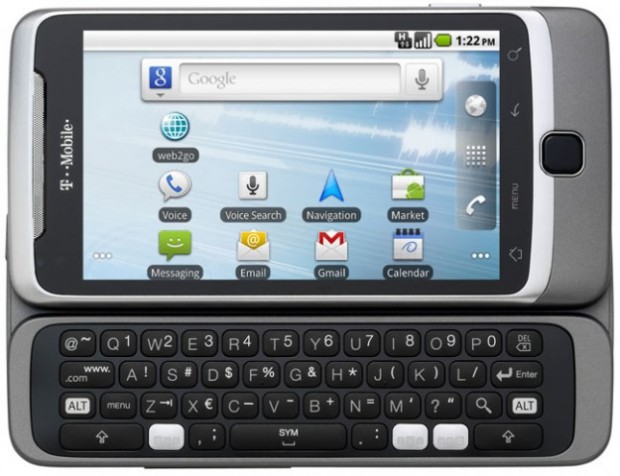 Could a T-Mobile G2 successor be on the way?

The HTC Era 42 definitely could be that device, or, it could be something else entirely. Again, all there is is speculation at this point.

Still, T-Mobile is going to need something unique on its network, especially if it doesn’t have the iPhone 5 at launch. And without a 4G LTE network in place, it won’t be coming until next year, that seems unlikely.

So, the carrier could use all the help it could get and a T-Mobile G3 would certainly be a device that could entice consumers, especially if it had a vanilla version of Android like the T-Mobile G2 did.