It looks like T-Mobile might be following the lead of the Sprint Samsung Galaxy S4 as photos reveal that T-Mobile’s HTC One, set for a release on April 24th, may come with a lack of retail branding, a departure from designs of past flagship Android smartphones.

Earlier today, T-Mobile confirmed that the long-awaited HTC One will be coming to shelves a few days after AT&T and Sprint release it on their 4G LTE networks. AT&T and Sprint began taking pre-orders for their devices earlier this month and the carriers will be releasing their versions of the HTC One on April 19th. T-Mobile, until today, remain mum on a specific release date though the carrier finally came clean about its slated April 24th release. 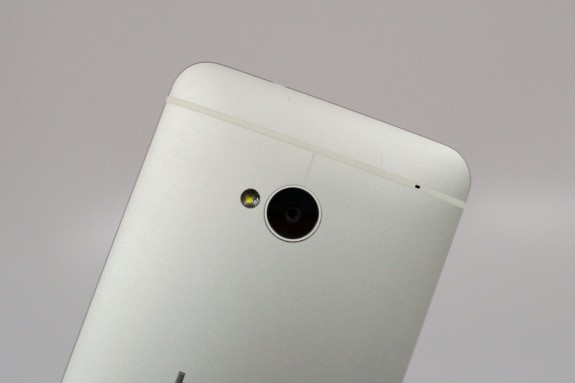 T-Mobile’s HTC One will feature a clean look, just like the unlocked version.

T-Mobile will be asking for $99 down for the HTC One, a device that includes a 4.7-inch 1080p, quad-core processor, Ultrapixel, 4G LTE data speeds, Sense 5, Android 4.1 Jelly Bean and a full metal design that appears to be coming like Sprint’s Samsung Galaxy S4, unbranded, without any carrier logos.

Leaked photos, courtesy of TMoNews show off a clean look to the T-Mobile HTC One, and one that is void of any carrier branding on its beautiful ZeroGap metal design. It appears that the device’s software is also features only a minimal amount of bloatware from T-Mobile, which of course, can be dealt with by tinkerers after the phone’s release.

Read: Sprint Samsung Galaxy S4 Design May Top Them All. 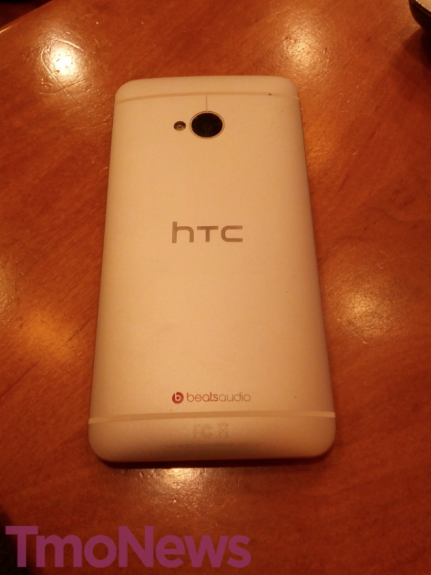 This is the back of the T-Mobile HTC One.

Typically, in the past, major Android smartphones have featured carrier branding, particularly Verizon’s devices which have seen branding even appear in the places like the physical navigation buttons. However, it appears that some carriers may be straying away from this, instead opting for a much more clean look that will appeal to those enthusiasts that care about an unobstructed design.

Other smartphones, like Apple’s Phone, have not come with carrier branding an instead feature the manufacturers logo. In the case of the T-Mobile HTC One, it appears that HTC and T-Mobile have followed suit.

At the moment, it doesn’t appear as though T-Mobile’s Samsung Galaxy S4 will follow suit as images suggest it will feature T-Mobile branding on the back.