One of the last mysteries still surrounding the HTC One U.S. release date is the release date on T-Mobile. Despite confirmations from AT&T and Sprint, T-Mobile’s HTC One is still without an official release date. However, it’s looking like a clue has emerged, thanks to Best Buy, which believes that it will be out on April 19th like the others.

In late March, T-Mobile confirmed that its HTC One would cost $99 down though it would not confirm when the device would be out on shelves to compete with the Samsung Galaxy S4 that is scheduled to arrive on May 1st. Since then, the carrier has not elaborated on a release date, despite AT&T and Sprint starting pre-orders for the HTC One ahead of their respective April 19th release dates. 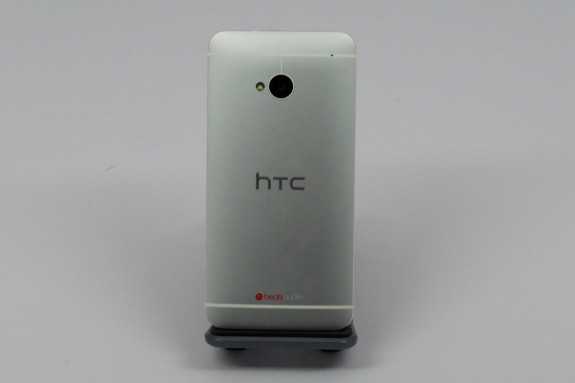 The T-Mobile HTC One release date could be April 19th.

However, it appears that at least one retailer believes T-Mobile will have the same HTC One release date as AT&T and Sprint as Best Buy is currently taking pre-orders for the T-Mobile HTC One ahead of its release date.

Best Buy, in its listing for the T-Mobile HTC One, claims that its release date is April 19th, the same day that AT&T and Sprint’s HTC One are set to touch down in the U.S. This is interesting because T-Mobile has yet to deliver any sort of official release date or offer any pre-order for its version of the HTC One.

Read: HTC One Deals Start Ahead of Release.

Best Buy is taking pre-orders for the HTC One.

The retailer isn’t offering the same pricing as T-Mobile either. While the Magenta carrier will be offering the device for $99 with its off-contract Value Plans, Best Buy is offering it with the carrier’s Classic Plans which will come with a new two-year contract. Those that don’t want to be tied down will want to buy the HTC One through T-Mobile itself.

Again, this does not confirm the T-Mobile HTC One release date but it sure seems to point to April 19th being the day. We imagine that T-Mobile will likely confirm this in the days ahead, but when, remains unclear.

T-Mobile’s HTC One will be as high-end as the others, checking in with a 4.7-inch display with 1080p resolution, quad-core processor, 13MP camera, Android 4.1 Jelly Bean and the new Sense 5 which is HTC’s latest skin.