T-Mobile has rolled out the very important HTC One S Android 4.0.4 Ice Cream Sandwich update which not only brings tons of enhancements and bug fixes but also brings HTC Sense 4.1 to HTC One S owners on T-Mobile.

The OTA update was announced by T-Mobile on the HTC One S’ support page and it details exactly what’s coming with the update. And while it’s not Android 4.1 Jelly Bean, there is quite a bit coming with this update.

The update is currently available to pull from HTC’s servers or users who don’t wish to check for the update can wait to be prompted to install the update. Users should definitely consider installing this update as it stands to improve the HTC One S. 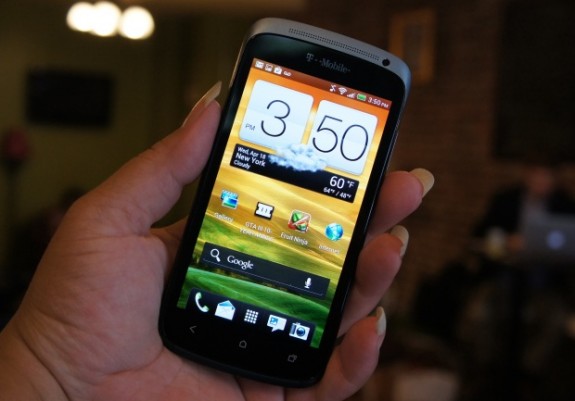 The HTC One S on T-Mobile just got its Android 4.0.4 update.

Here is the full list of features, fixes and enhancements coming with the update:

The update itself is around 140MB which means that it might take a bit to install. So, users will want to remain patient while the software downloads and installs.

After the process is complete, the experience on T-Mobile’s HTC One S should be greatly improved.

As for Android 4.1 Jelly Bean, HTC already said that the update would be coming in the future. And now that most of the issues with Ice Cream Sandwich have been resolved, we expect Jelly Bean will be the next update for the HTC One S.

T-Mobile has yet to give users a time table but we wouldn’t be surprised to see it roll out sometime this year.