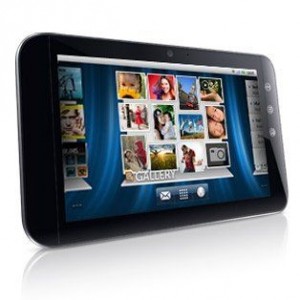 Just to show how fast mobile technology is evolving and the increased risk of obsolescence, T-Mobile is now discontinuing the 7-inch Dell Streak Android tablet. First introduced in January of this year, the 7-inch Dell Streak was the first tablet on T-Mobile’s network that took advantage of the carrier’s 4G HSPA+ speeds.

The device, like the Galaxy Tab at the time, has a 7-inch display. It also packed in a lot of power with a dual-core NVIDIA Tegra 2 chipset, WiFi, GPS, Bluetooth, and Android 2.2 Froyo, which supports Adobe Flash. However, the problem with the Dell Streak is the rather low resolution 800 X 480 display–high-end 7-inch slates sport a 1024 X 600 resolution–and the fact that T-Mobile had subsequently introduced the LG G-Slate in a few months time after the Streak 7 was launched. The G-Slate also comes with Android 3.0 Honeycomb at a time when the Streak runs just a scaled up smartphone OS user interface.