I mentioned in my review of the HTC One S that the phone is unduly burdened with a number of T-Mobile apps that are less than useful. (We call them CRAPPS.) There’s no way to remove pre-installed apps, but on the One S you can disable them.

Disabling hides the app from Home screens and the app drawer. It just won’t give you back the space it takes up. Disabling will also keep the apps from running in the background for good.

This feature is nice to have yet doesn’t solve the underlying problem: carriers loading up phones with tons of useless apps that users can’t remove. 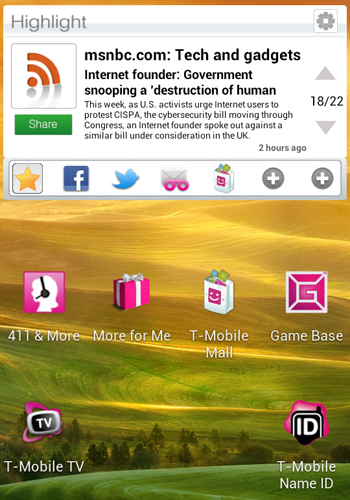 T-Mobile CRAPPS One The Home Screen

To disable the preloaded apps you don’t want to use go to Settings > Apps > All. This lists all of the apps on the phone. 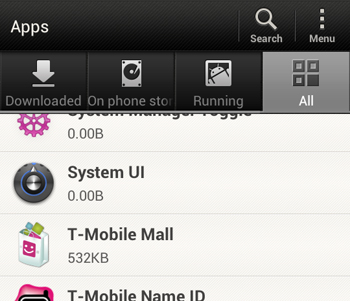 Tap on a preloaded app to open the details, then tap Disable. The app’s icon will disappear from the App Drawer and any Home screen it was on. 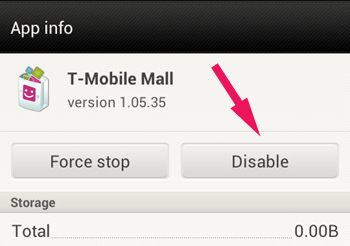 The app will also disappear from the Running list.

By the way, this process should work on any Android device with Ice Cream Sandwich, not just the HTC One S, unless the manufacturer hides it.

I’m glad it’s there. Perhaps Google included it to address the issue of preloaded apps no one wants cluttering up your App Drawer. But what about when they clutter up your internal storage?

I’m not against pre-installed apps in general. A great app is still great whether you download it or have it ready the second you turn the phone on. And Lenovo’s tablets come with a huge number of apps from Go.

But with the IdeaPad K1 the apps are aimed at making the tablet usable right away. For people unfamiliar with Android it’s much easier to get started and not have to dive into the Play Store, which isn’t so great for discovery.

T-Mobile’s apps are almost comically useless. 411 & More, More For Me, T-Mobile Mall and Game Base are all just fronts for T-Mobile services that want more of your money. If they had some value or were aimed at helping customers get the best out of Android I wouldn’t complain. Right now it’s more like spam.

The only way to permanently get rid of these apps is to root the HTC One S, and non-geek customers shouldn’t have to deal with that.

I get that carriers will want to push their services and attempt to make more money. I also understand the value of pre-loading third-party apps. But Google and the carriers need to allow customers to truly delete these apps if they want.