After having launched its new 4G LTE network in a few select markets in the U.S., Google’s Nexus 4 owners are finding lots of love from T-Mobile as the carrier is now quietly supporting the unlocked Android handset on its nascent LTE network.

When the Nexus 4 launch, there were lots of debate and speculation on LTE support. A tear-down of the smartphone revealed that LG had indeed equipped the Nexus 4 with an LTE modem, but the manufacturer subsequently said that there was no antennas for the LTE signal so the modem itself is non-functional. Google later played down LTE support saying that it was focused on the global pentaband 3G radio to bring universal connectivity to a global audience, but AT&T and T-Mobile customers were eventually able to hack the device to get the Nexus 4 operating on AT&T’s more limited Band 4 LTE footprint in the U.S., the same band that T-Mobile is now operating its newborn LTE network. 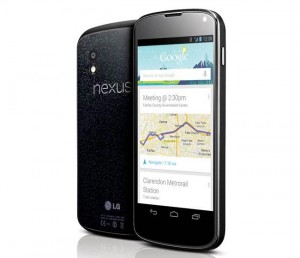 Right now, LTE support on the Nexus 4 is still unofficial. Google itself hasn’t responded to T-Mobile’s new LTE and UNcarrier network announcements earlier this week. Instead, it is through the work of hackers like those on XDA-Developers that we’re discovering patches and solutions to get 4G LTE on the Nexus 4 for T-Mobile, according to the latest report on Droid-life.

Through custom ROMs and old baseband radio firmware, users are able to get unofficial LTE access on the Nexus 4.

The benefit of getting the Nexus 4 onto T-Mobile’s 4G LTE network is that LTE delivers much faster real-world speeds compared to T-Mobile’s 4G HSPA+ network. Though T-Mobile offered extremely competitive HSPA+ speeds in the U.S., LTE is much faster. And T-Mobile may also get some benefit as well and should persuade Google to update the Nexus 4 to support LTE as LTE is less bandwidth-intensive than HSPA+.

With official LTE working on the Nexus 4, perhaps this may open the doors for a Nexus 5 smartphone to support pentaband 3G and LTE for both AT&T and T-Mobile USA. This isn’t that novel as the Sony Xperia ZL already supports both AT&T’s and T-Mobile’s 2G, 3G, 4G, and LTE networks in the U.S.

As we’re seeing multi-band LTE radios that support AT&T and T-Mobile in the U.S., this would help pave the way for more accessibility. If AT&T customers are dissatisfied with the Rethink Possible network, these compatible phones can be activated and re-used, if unlocked, on T-Mobile supporting legacy networks as well as the fastest LTE speeds. Similarly, if UNcarrier customers find themselves displeased, they can take their unlocked equipment and Rethink Possibile on AT&T with a swap of a SIM.

After all, the ultimate goal of the Nexus line is to bring flexibility to users, and a Nexus 5 could potentially deliver that given what we’re seeing as Google quietly working to get LTE support on the Nexus 4 in this early stage. Cross-carrier compatibility will help unshackle users from contracts, carriers, and will be an economically- as well as environmentally-sound initiative as equipment can be re-used.