At Mobile World Congress, HTC had announced its latest Android flagship smartphone in the form of the HTC One X, a quad-core GSM device that will also be landing on AT&T‘s network in the U.S. as the 4G LTE-enabled dual-core Qualcomm Snapdragon S4 One X. However, since the device was introduced, at least two other U.S. carriers are speculated to be carrying the HTC One X on their networks as well. One of them, Sprint, may be offering the device as a variant known as the HTC EVO LTE while the other carrier is T-Mobile USA, which may be bringing the quad-core device with Tegra 3 and also stock Android as the T-Mobile G4X. 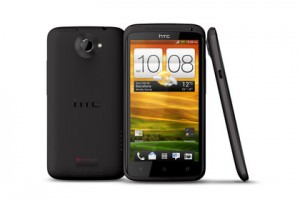 Unlike AT&T’s confirmed LTE version and Sprint’s rumored LTE edition, the T-Mobile version will retain the GSM HSPA+ chipset. Without LTE compatibility issue, as was disclosed with the AT&T edition, the HTC One X for T-Mobile will be able to retain its Tegra 3 quad-core brains. Additionally, the T-Mobile addition is said to be a near stock Android device without HTC’s traditional HTC Sense UI.

(Also see our in-depth preview of the HTC One X smartphone.)

These speculations seem unsurprising if in fact they hold true as HTC has launched a number of devices under the ‘G’ branding for T-Mobile USA’s network in the past devoid of any customizations or skins. The T-Mobile G1 was HTC’s–and the world’s–first ever Android smartphone and was a stock Google device. Then, there was the G2, which was a popular successor. Since the HTC G2 smartphone had launched, T-Mobile USA added a second manufacturer to the ‘G’ series device. LG provided T-Mobile with a T-Mobile G2X smartphone, a dual-core device, along with the G Slate tablet. The HTC G4X would be a natural continuation of the G series for T-Mobile’s lineup.

In the past, the G series, unlike T-Mobile’s more consumer-friendly myTouch series, comes either with minimal carrier or manufacturer customizations and is usually devoid of heavy skinning. As such, if the HTC One X was to arrive as the G4X on T-Mobile USA’s network, it would most likely shed the new HTC Sense 4.0 custom and proprietary user interface that’s overlaid by the manufacturer on top of Android 4.0 Ice Cream Sandwich.